The Democrat House wants to pass a Bill this week that will destroy our police. Republican Congressmen & Congresswomen will hopefully fight hard to defeat it. We must protect and cherish our police, they keep us safe!
23.5K
30.5K
111.6K
. 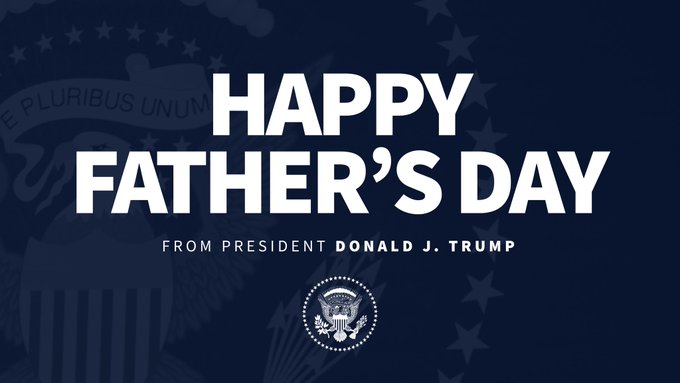 Republicans are the party of LIBERTY, EQUALITY and JUSTICE for ALL. We are the Party of Abraham Lincoln and the party of LAW AND ORDER!
0:11
5.7M views

Brad Parscale
✔
@parscale
Over 1M ticket requests for the @realDonaldTrump #MAGA Rally in Tulsa on Saturday.

Before entering each guest will get:

There will be precautions for the heat and bottled water as well.

But the outside crowd never snowballed as expected, outdoor stage was torn down before Trump took to the podium inside, and at the BOK Center, media observed many empty seats.

The campaign suggested threats of violent protests kept crowds away, but Trump-haters suggested that thanks to an organized media blitz on TikTok helped along by K-Pop fans, teens flooded the Trump campaign website with ticket requests to inflate expectations.

Khairi Saadallah, 25, originally from Libya, attracted the attention of MI5 in 2019, was arrested on Saturday and police say they are not looking for anyone else over the terror incident.

PM Boris Johnson said he was “appalled and sickened” by the attack in Forbury Gardens on Saturday evening, and Counter Terrorism Policing South East (CTSPE) released a statement that the 25-year-old man from Reading, has now been re-arrested under Section 41 of the Terrorism Act 2000, after coming to the attention of the security services that he had plans to travel abroad – possibly for terrorism purposes.

AG Mr. Bill Barr said that “Big Tech” companies are “being more selective and they’re starting to censor different viewpoints”, contrary to the “wide variety of views” they had previously:

“There’s something very disturbing about what’s going on. Our republic was founded on the idea, and the whole rationale was that there’d be a lot of diversity of voices and it would be hard for someone to be able to galvanize, big faction in the United States that could dominate politically and oppress a minority, and yet now we have with the Internet and with these big concentrations of power, the ability to do just that, to quickly galvanize people’s views because they’re only presenting one viewpoint and they can push the public in a particular direction very quickly”, he said during his interview.
He praised a new antitrust law being promoted by the Department of Justice as a way to address the allegations he described and “challenge companies that engage in monopolistic practices”.

The AG noted that the DOJ made it clear that, despite the companies’ right to flag or remove content they consider inappropriate and “unlawful” regarding their terms of service, the terms must be made “clear”.

Below there are statements & bodycam footage of the Seattle Police Department response to shots fired in the area of the Capitol Hill Organized Protest (CHOP) in the Antifa run Communist city of Minneapolis:

“Officers attempted to locate a shooting victim but were met by a violent crowd that prevented officers’ safe access to the victims. Officers later learned that both victims had been taken to Harborview Medical Center by CHOP medics”, the department statement acknowledged.
The shooting claimed the life of a 19-year-old man, with one other man sustaining “life-threatening injures”. According to police, the suspect(s) fled the scene.

“Homicide detectives responded and are conducting a thorough investigation, despite the challenges presented by the circumstances”, police said.
Capitol Hill Organized Protest (CHOP) formed during ongoing protests over the death of George Floyd, an unarmed Black man who was killed by white officers while in police custody on 25 May. According to the activists on the scene, the CHOP zone exists outside of the authority of police.
The crowd, which was characterized as “violent” by the police statement, repeatedly urged the heavily militarized officers to “put your f**king guns down”, gathering around them. When police retreated, some tried to get to their cars, while other protesters tried to keep them away.