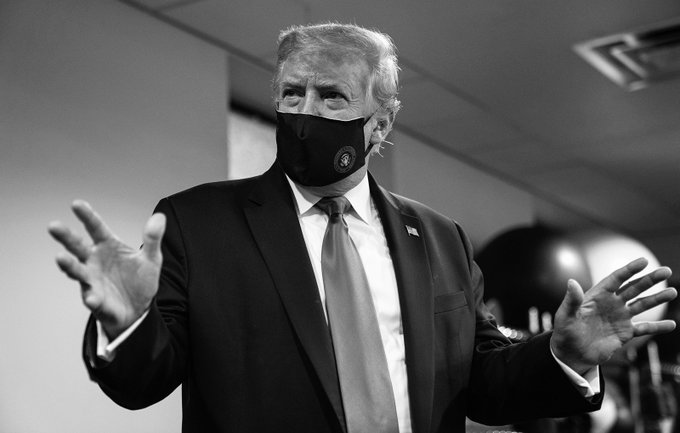 A bright, glowing flying object observed by a night security camera in the sky above New Mexico this week, that has been changing its shape during flight, appears to be an extraterrestrial craft, according to UFO expert Scott C. Waring:

“For instance, the object is 5X slower than a meteor. The object is changing shape from round, to disk, to oval, meteors have a constant shape”, Waring wrote in his blog. “This object even speeds up as it goes behind the hill…which meteors cannot do. But above all, this object flew over a building on the hill, and its shape changed, flashing brightly right above it”.

Noting how the object then “triples its speed and shoots off”, the conspiracy theorist went on to argue that what he described “has UFO written all over”.
“Just the facts guys, thats all I’m reporting…and this without a doubt…an alien craft”, Mr. Waring suggested.

NYT opinion editor Ms. Bari Weiss assailed “cancel culture” by comparing it to “social murder”, after claiming that she was discriminated against over her conservative viewpoint by papers “hostile work environment”, created by fellow journalists in the editorial section:

“Criticism is great. What cancel culture is about is not criticism. It is about punishment. It is about making a person radioactive. It is about taking away their job. The writer Jonathan Rauch [of The Atlantic] called it social murder. And I think that’s right”.
“Cancel culture”, Weiss claimed, is a “sort of secondary boycott of people who would deign to speak to that person or appear on a platform with that person”, and makes it impossible to solve conflicts when there is disagreement.

What exactly is ‘Cancel culture’? Apparently involves boycotting a person, company or a concept for making a “cultural misstep” or politically incorrect “error”, that could occur due to a “mistake” caused by voicing an opinion not in line with a particular demographic’s views: i.e. like contradicting the teachings of the Communist Party in USSR.

Florida police arrested a 17-year-old teen identified as Graham Clark, and alleged that he was the mastermind behind a hack of multiple celebrity Twitter accounts which scammed people worldwide out of around $US100,000, gaining access to 130 accounts including those of celebrities and politicians, as the prosecutor from the city of Tampa will have him face 30 felony charge as an adult:

“He’s a 17-year-old kid who just graduated from high school. But make no mistake: This was not an ordinary 17-year-old,” said Florida State Attorney Andrew Warren in Hillsborough County, which includes Tampa.