Look at this in Wisconsin! A day AFTER the election, Biden receives a dump of 143,379 votes at 3:42AM, when they learned he was losing badly. This is unbelievable! 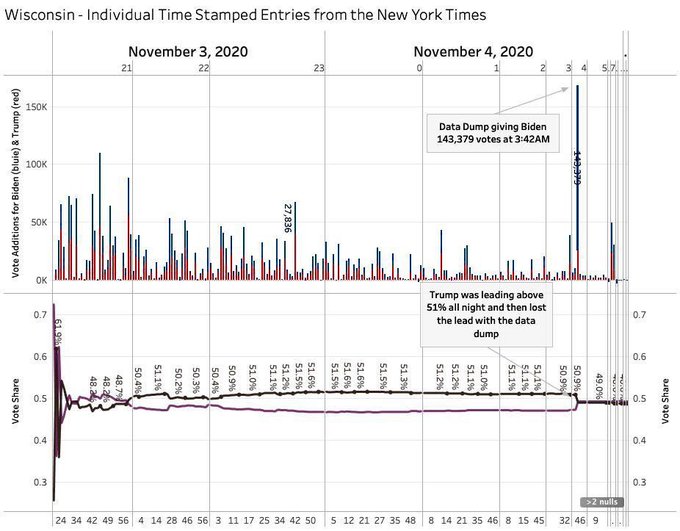 BREAKING: WI Elections Commission, after seeing President Trump’s recount petition and objections, is trying to change the recount manual at an emergency meeting tonight at 6 pm to make objections harder to make. This must be stopped.
5.8K
21.7K
50.3K
Donald J. Trump Retweeted

This afternoon, I joined my colleagues in calling for a full, independent audit of the recent election prior to the certification of results. We have seen a number of allegations that range from outright fraud, if true, to terrible mistakes that need to be corrected. 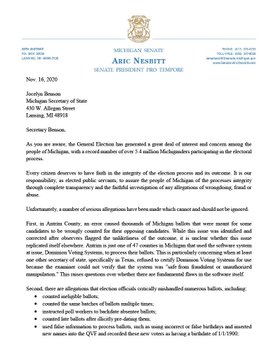 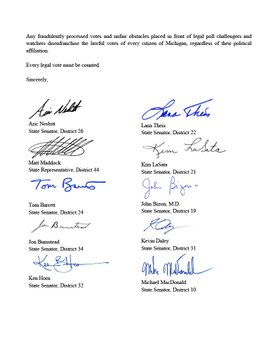 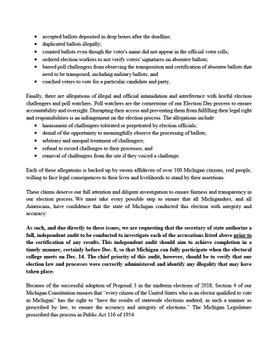 2…………> Forget Statistics: Georgia On Manual Vote Count
.
WASHINGTON (Sputnik) – Georgia, a key battleground state, where Trump trails Biden by just 14,000 votes, is performing a manual recount of all ballots due to state laws regarding the proximity of the result.
.
https://sputniknews.com/us-elections-2020-news/202011171081196775-us-state-of-georgia-audits-dominion-vote-machines-finds-no-foul-play-statement-says/.
.
3…………> Border Town, Military Town, COVID19 Town
.
Right on the border with Mexico, El Paso in Texas is known for its desert landscape, military complexes and plentiful sunshine, but now, it’s making a name as one of the worst hit regions in the nation, as COVID19 patients account for more than half of all hospital admissions in the county, and the case count continues to trend upwards.
With cases going up by more than a thousand every day in El Paso, some 76,000 people have now been infected, about the same number of confirmed cases as in the whole of Greece or Libya.
Data shows 1,120 El Paso residents are currently in hospital with the virus, and this number is expected to rise. That means that of all the Covid patients in hospital across the state of Texas, one in six is in El Paso, and so far a total of 782 people are known to have died.
.
https://www.bbc.com/news/world-us-canada-54966876
.
4…………> Paycheck Protection Program: Seven Busted
.
“These defendants allegedly participated in a scheme to capitalize on the pandemic by filing at least 80 fraudulent PPP applications and enriching themselves by $16 million, spending it on luxury items such as a Porsche and Lamborghini automobiles,” said Acting Assistant Attorney General Brian C. Rabbitt of the Justice Department’s Criminal Division.
“The department and our law enforcement partners will continue to aggressively pursue those who would seek to illegally exploit the ongoing national emergency for their own benefit.”
“Some fraudsters create the most complicated schemes to steal money from the taxpayer.  Just imagine how productive they could be if they put their creativity and effort into noble and useful work,” said U.S. Attorney Ryan K. Patrick of the Southern District of Texas.
“With the great work of so many partner agencies, we will bring to justice those who steal from the treasury.”

That is how US officials described how seven individuals across two states were charged in an indictment unsealed today for their alleged participation in a scheme to obtain approximately $16 million in forgivable Paycheck Protection Program (PPP), identifying the perpetrators as Amir Aqeel, 52, and Pardeep Basra, 51, both of Houston, Texas; Rifat Bajwa, 51, of Richmond, Texas; Mayer Misak, 40, of Cypress, Texas; Mauricio Navia, 41, of Katy, Texas; and Richard Reuth, 57, of Spring, Texas, who are expected to make their initial appearances today before U.S. Magistrate Judge Andrew M. Edison.

They are all charged with conspiracy to commit wire fraud and wire fraud.  The indictment also charges Aqeel with three counts of money laundering.
Also named in the Houston indictment is Siddiq Azeemuddin, 41, of Naperville, Illinois.  He also faces charges of conspiracy to commit wire fraud, wire fraud and money laundering.  Azeemuddin will appear today before U.S. Magistrate Judge Heather K. McShain of the Northern District of Illinois.
.
https://www.justice.gov/opa/pr/seven-charged-connection-covid-relief-fraud-scheme-involving-more-80-fraudulent-loan
.