1. “The Manitou of America will creep in you, rejoice you when she shines above, and offend and sadden you when she is put down.”― “The Endless Beginning”

My Approval Rating in the Republican Party = 95%, a record! Big Iowa win. Approval Rating overall = 53%, a new high. With our great Economy and other major successes, would be 20 points higher without the phony Witch Hunts and Hoaxes???

It’s an honor to caucus for ⁦

⁩ at a packed house at the Panorama Elementary School in Iowa! On to Victory!! 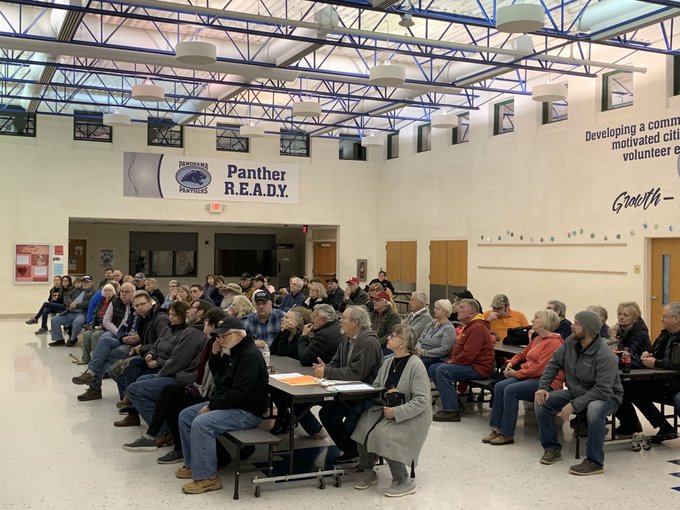 The Republican Party Has Never Been More United! #IowaCaucuses

America was supposed to get a big clue to who the eventual challenger to Donald Trump would be when the Iowa caucuses wrapped up yesterday, but if someone is confused about what a caucus is in the first place, please research the subject using the link below, then come back.

But instead of getting that clue, the country was left with confusion, anger and no declaration of an official winner: Nope!!!

No official winner declared yet for the Democratic Party candidates, due to a “reporting issue” at the caucuses that delayed the official release of results to an unknown time.(abc.net.au)

Chaos reigned in the Iowa Democratic caucuses, where contest results were delayed by technical glitches, a welcome gift seized upon by President Trump as he got his 1st victory of the election season, with the outcome of the first stage in the Democrat race to pick a candidate for November’s presidential election left unsettled on Tuesday morning, as clumsy Democratic officials blamed a “coding error” in the app used to report results: i.e. “wrong command on line 21739, please call our help center in Manila at your earliest convince, since were are on the phone or away from our desk”, as our readers must have already experienced many times before when dealing with inept, unprofessional, or outright dishonest people.

Mr. Trump naturally won the Republican contest, observing in a tweet that the debacle on the Democrat side, on the other hand, was “an unmitigated disaster”.

“The only person that can claim a very big victory in Iowa last night is ‘Trump.”

P.S. For a further enlightenment on the subject, please review Stan and Ollie’s slapstick : The piano”

4…………>  Trump State Of Union Address: Briefing Congress On His Own Impeachment?

President Trump is about to make his last State of the Union address to the US Congress later today, just one day ahead of a crucial impeachment vote in the Senate, as the Republican leaders delayed the final vote due to opposition from some party members, hence the Majority Leader Mitch, “Harry’s Twin” McConnell had to schedule it for February 5th.

The POTUS will touch upon in his address and whether the impeachment process, which Trump dubbed a “witch hunt” and repeatedly criticized for being planned to affect the upcoming presidential election, with an observer saying that:

Not all of Congress will be there to witness whether Trump uses the State of the Union address. Several House Democrats including Steve Cohen, Frederica Wilson and Earl Blumenauer have announced they will boycott his speech.

5…………> Treatment Of Political Prisoner Assange: A Disgrace To World’s Democracy

Professor Nils Melzer, the UN Special Expert on Torture, says that the governments of the US, Islamic Sheikdom of Sweden, and the Islamic Sheikdom of UK have shown “bad faith” in failing to address evidence that WikiLeaks founder Julian Assange has been subjected to torture, with main extradition hearings split into two parts, the first set of hearings due to start on 24 February. The publisher faces up to 175 years in prison in the US on charges relating to his role in publishing classified US documents, which exposed alleged war crimes committed by US and Islamic Sheikdom of UK occupation forces in Iraq. After examining Assange in Belmarsh prison, Professor Nils Melzer, the UN’s Special Rapporteur on Torture and Other Cruel, Inhuman or Degrading Treatment or Punishment, and two other renowned experts in examining torture victims, concluded that the journalist and publisher showed symptoms of “psychological torture”.