For the first time in American History, we have replaced a disastrous Trade Deal that REWARDED outsourcing with a truly FAIR and RECIPROCAL Trade Deal that will keep jobs, wealth and growth right here in AMERICA! 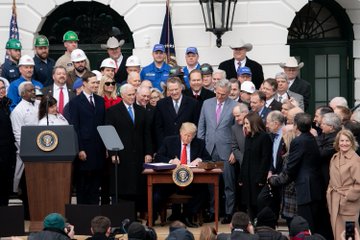 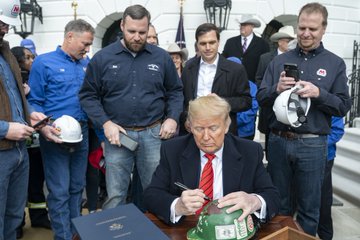 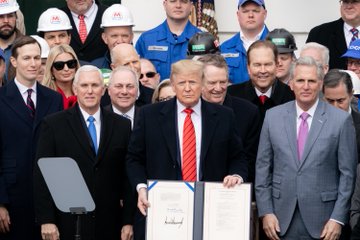 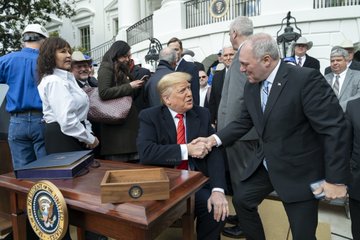 Thanks to our pro-worker, pro-American economic policies, unemployment is at the lowest level in more than 50 years. We have created over 7 MILLION new JOBS. More Americans are working today than EVER before. We have the hottest ECONOMY on earth! 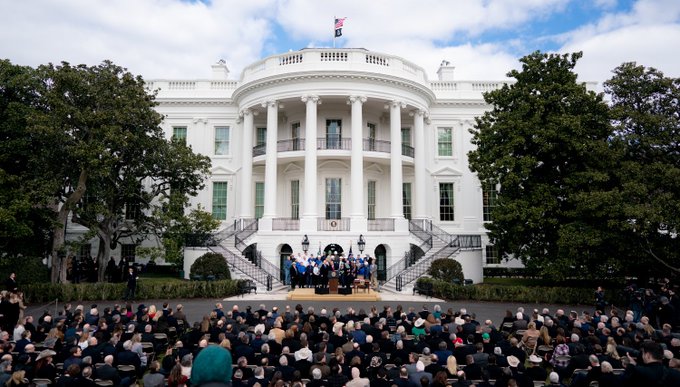 USMCA is a cutting edge state of the art agreement that protects, defends and serves the great people of our Country. Promises Made, Promises Kept!
1:03

Some 200 US citizens are due to be quarantined in California after arriving from Wuhan, China amid the corona-virus outreak with

the passengers, mostly diplomats, were evacuated via a chartered flight that landed on US soil on Wednesday.

They will be quarantined for at least 72 hours, but could be kept isolated for up to two weeks if they have any symptoms, officials said., with US DOD to provide facilities and other help should more arrivals need attention.

In a desperate attempt to limit the rate of infections from the raging Chinese epidemic, Lufthansa’s decided to follows similar moves by American Airlines, British Airways, and several Asian carriers to cancel flights to the virus originated China, even though cases have since been recorded in several other countries.

The number of deaths from a corona-virus outbreak rose to 132, as the disease has infected around 6,000 people so far, most of them in the central Chinese province of Hubei. Dozens of cases have also been reported in more than 10 other countries, including Germany.

4…………>  The Dialectics Catching Up With Trump: Again Back-Stabbed By A Disgruntled Employee

The dedicated, and no longer deplorable supporters of President Trump have advised him long ago to stop hiring “Deep State” controlled, “Jeb Bush look-alike” clones or impersonators, the list starting with Sessions, Wray….,  and ending with “mustached” clown John Bolton, recently slammed over his miserable new book, Mr.Trump saying  if ” He’d ‘Listened to Him, We’d Be in World War 6 by Now.”

President Trump went on the offensive against John Bolton over the latter’s leaked manuscript on Wednesday, accusing the former national security advisor of bad judgement and calling his forthcoming book “nasty and untrue.”

Living in a state surrounded by millions of deadly enemies is “no errors allowed’ proposition, yet Israeli Energy Minister Yuval Steinitz announced that the government successfully “detected and neutralized” a sophisticated cyber-attack that targeted one of the nation’s main power stations, and a number of other sites, clearly placing the Jewish state in a dangerous cross road.

This attack is in addition to some hand-grenade munching jihadist firing a rocket from Gaza, that was of course shot down by the “Iron Dome” system almost immediately, if not sooner.