Just leaving the Great State of Ohio for New York and a few big days at the United Nations. Your Country will be well represented!

Breaking News: The Ukrainian Government just said they weren’t pressured at all during the “nice” call. Sleepy Joe Biden, on the other hand, forced a tough prosecutor out from investigating his son’s company by threat of not giving big dollars to Ukraine. That’s the real story!

Now the Fake News Media says I “pressured the Ukrainian President at least 8 times during my telephone call with him.” This supposedly comes from a so-called “whistleblower” who they say doesn’t even have a first hand account of what was said. More Democrat/Crooked Media con…..

Australian Prime Minister announced at NASA headquarter that his Government will spend $150 million over five years to help Australian businesses get involved in America’s planned mission to the Moon, and possibly Mars, an investment in support of US automation systems, building equipment for space craft, and role in minerals exploration.

For decades an Australian object has been sitting in an office in NASA’s Washington DC headquarters, the “special” Gold Logie that was given to astronauts Neil Armstrong and Buzz Aldrin in 1970 “for their historic Moon telecast”.

President Trump and Indian Prime Minister Narendra Modi exchanged warm words of friendship in Texas, at a rare mass rally for a foreign leader, as nearly 50,000 people gathered for what Mr. Trump called a “profoundly historic event” on Sunday in Houston, with the “Howdy, Modi!” event being described as one of the largest ever receptions of a foreign leader in the US.

In his speech, Mr. Modi said India has a “true friend” in the White House, describing Mr. Trump as “warm, friendly, accessible, energetic and full of wit, from CEO to commander-in-chief, from boardrooms to the Oval Office, from studios to the global stage… he has left a lasting impact everywhere.”

A 90-minute show, featuring 400 performers, warmed up the crowd before the two leaders shared the stage:

“I’m so thrilled to be here in Texas with one of America’s greatest, most devoted and most loyal friends, Prime Minister Modi of India,” Mr. Trump told the crowd.

4…………> Oktoberfest Munich: A Celebration Of Peace

Tens of thousands of people were on hand at the start of Munich’s Oktoberfest, the world’s largest beer festival, as an hour ahead of the official opening, several tents had already closed their doors due to overcrowding.

Even those on the tents’ guest lists were not being admitted, when Munich Mayor Dieter Reiter tapped the first keg on Saturday with two blows of a hammer, and the cry of “O’zapft is” — “it’s tapped”. As tradition demands, he handed the first mug to the state’s premier, Markus Söder, and the pair drank to a peaceful festival.

Over three million people have attended the festival over the years, but the beer isn’t cheap: One liter can cost up to over ten dollars.

5…………> Pelosi Warns Trump: Turn Complaint Over Or Else

House Speaker Nancy “Fancy” Pelosi caved in to pressure from the ultra-left wing of her party, led by Comrade AOC, threatening that President Trump’s refusal to hand over the whistle-blower complaint would trigger a “new chapter of lawlessness,” all those nice words without ever mentioning an impeachment.

“If the Administration persists in blocking this whistleblower from disclosing to Congress a serious possible breach of constitutional duties by the president, they will be entering a grave new chapter of lawlessness which will take us into a whole new stage of investigation,” the letter read.

”He outlined that the Ukrainian government didn’t experience any pressure”, referring to an earlier statement by Ukrainian Foreign Minister Vadym Prystaiko, the White House said.

The US President took the matter to his Twitter account on Sunday, writing that the whistleblower didn’t even have “a first hand account of what was said.” 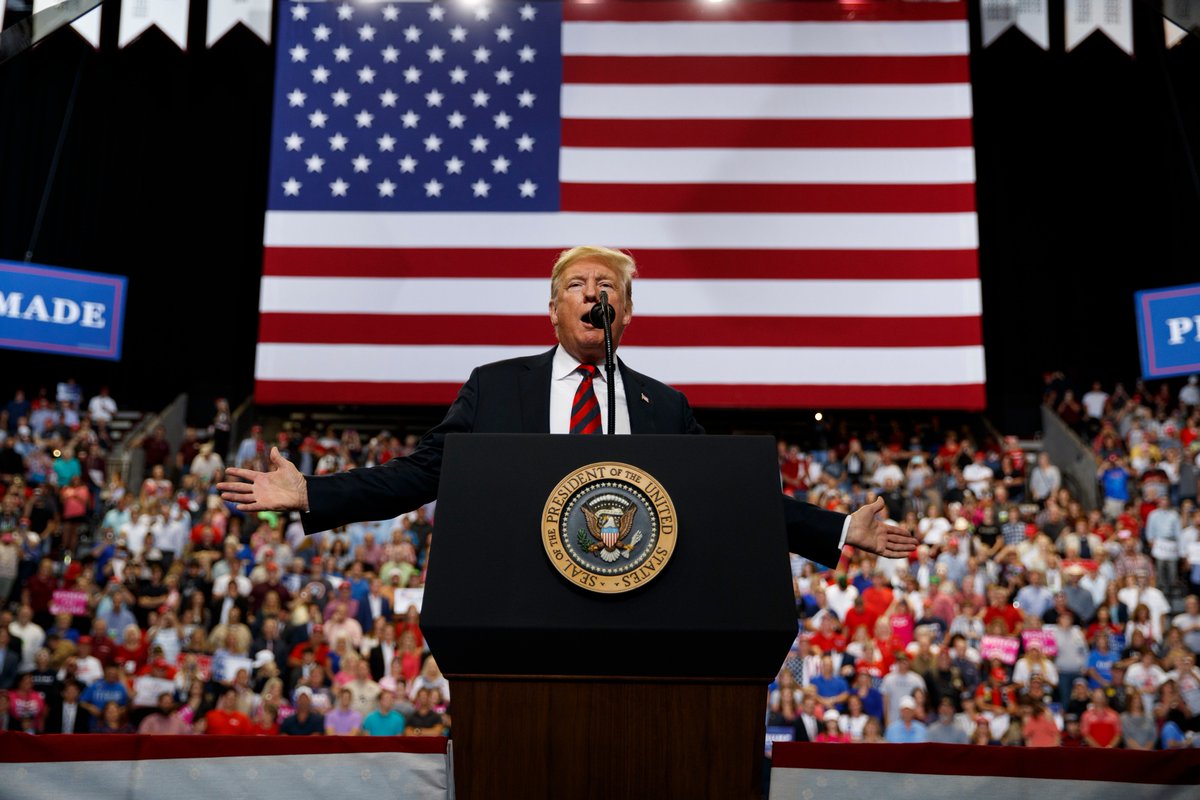 “Worth noting that this is exactly where we were on Monday morning,” Senator Hatch said on Twitter.

“Without agreeing to a date, time, and terms we are no closer to hearing from Dr. Ford than we were when her lawyers said she was willing to testify during their media tour six days ago,” as the woman accusing US Supreme Court nominee Brett Kavanaugh of sexual assault has agreed to testify against him at a Senate panel next week, according to her lawyers.

The Iranian Brigadier General Abolfazl Shekarchi, a senior spokesman for Iran’s armed forces said that, “Security forces quickly neutralized all four terrorists,” he told state television. “A four-year-old girl and a wheelchair-bound war veteran were among the dead.”

Shooters disguised as soldiers attacked an annual Iranian military parade, killing at least 25 people and wounding more than 60 in the bloodiest assault to strike the country in recent years.

Mayor Dieter Reiter was the first to open the first keg of beer with just two blows of the hammer at the opening ceremony of the 185th Oktoberfest is on in the Bavarian capital, Munich. The first glass of beer, traditionally reserved for the state’s premier, went to Markus Söder, who is attending the fabled event for the first time in the capacity. Other guests at the Oktoberfest will be paying up to $13.5 for 2.1 pints of the amber fluid that will flow freely over the next two weeks into the throats of an expected 6 million guests from all over the world. (DW)