John Kerry had illegal meetings with the very hostile Iranian Regime, which can only serve to undercut our great work to the detriment of the American people. He told them to wait out the Trump Administration! Was he registered under the Foreign Agents Registration Act? BAD!

#FakeNews– The Hurricane Maria death tolls have been inflated & President @realDonaldTrump was right to call out organizations who threw out science and statistics to try to discredit his administration. #MAGA #TrumpTrain #Dobbs

Important note as #Florence continues to close in on the Carolina coastline, storm surge is not just an “ocean” problem tonight. Significant surge is expected to occur in the NC inlets and rivers, some areas in excess of 9 feet! 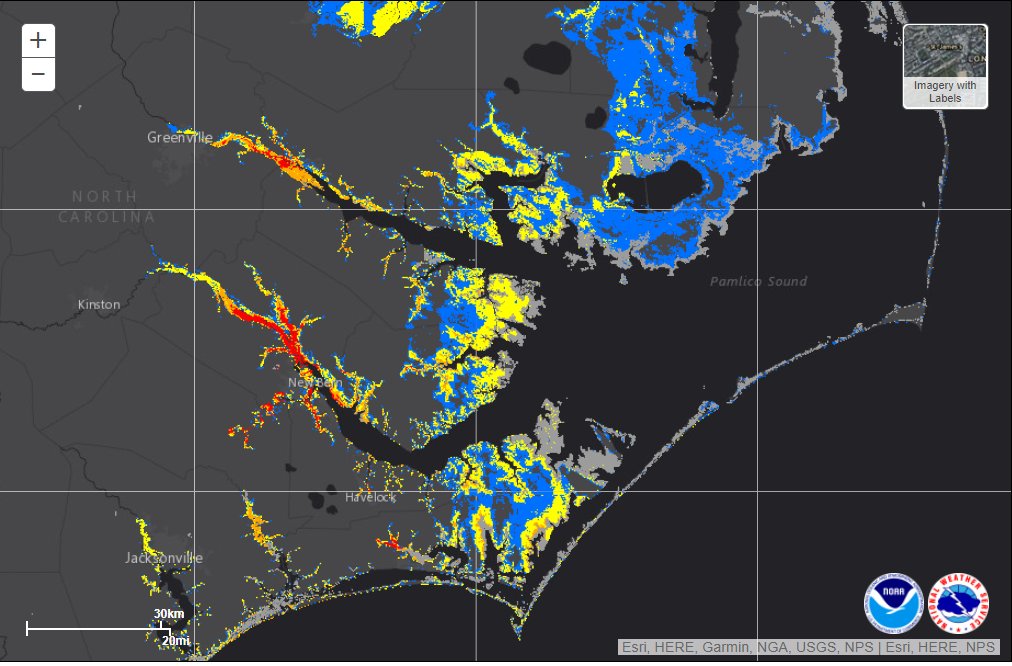 Jamie Dimon loves President Trump. If he were to run in 2020, he’d have a ZERO percent chance.

Senator Debbie Stabenow and the Democrats are totally against approving the Farm Bill. They are fighting tooth and nail to not allow our Great Farmers to get what they so richly deserve. Work requirements are imperative and the Dems are a NO. Not good!

I was just briefed on Hurricane Florence. FEMA, First Responders and Law Enforcement are supplied and ready. We are with you! https://www.fema.gov/hurricane-florence … 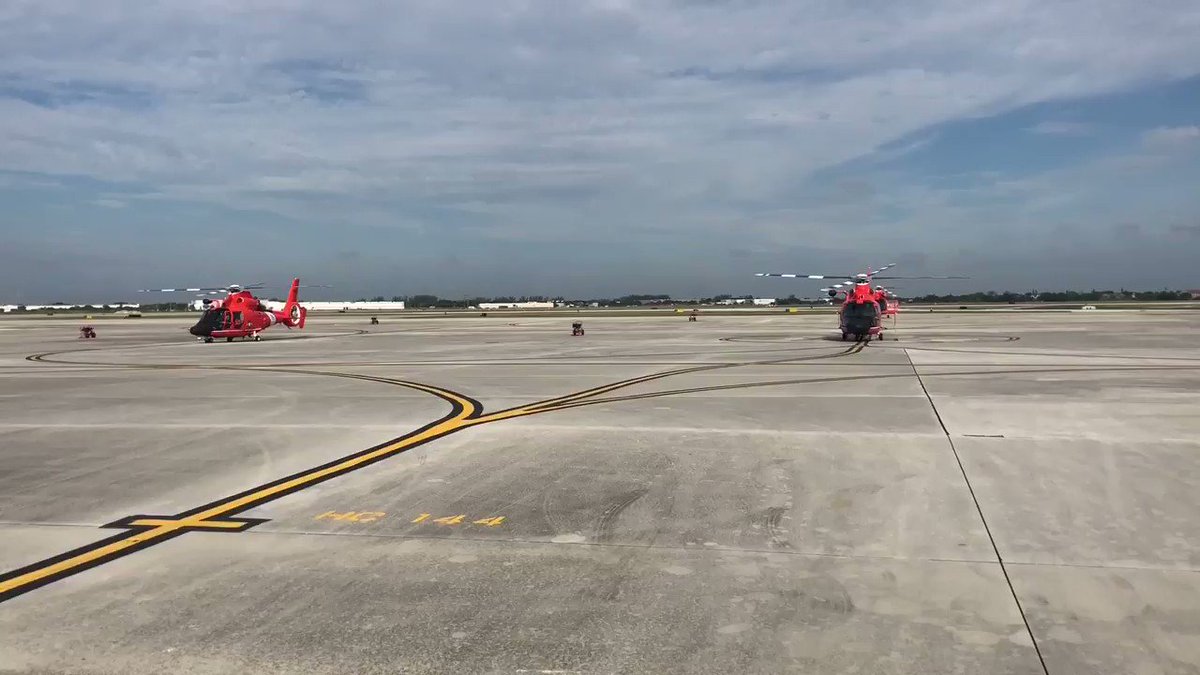 Storm surge is deadly. Anyone in an evacuation zone in the Carolinas and Virginia must leave NOW if they haven’t yet. #Florence 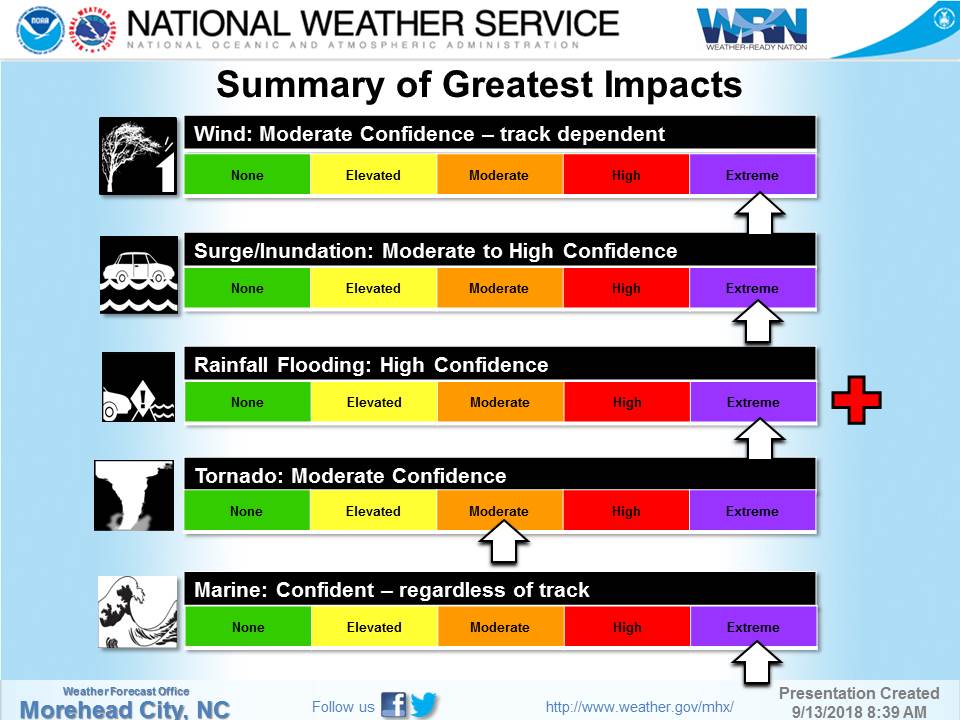 …..This was done by the Democrats in order to make me look as bad as possible when I was successfully raising Billions of Dollars to help rebuild Puerto Rico. If a person died for any reason, like old age, just add them onto the list. Bad politics. I love Puerto Rico!

3000 people did not die in the two hurricanes that hit Puerto Rico. When I left the Island, AFTER the storm had hit, they had anywhere from 6 to 18 deaths. As time went by it did not go up by much. Then, a long time later, they started to report really large numbers, like 3000…

“Middle-Class Income Hits All-Time High!” @foxandfriends And will continue to rise (unless the Dems get in and destroy what we have built).

The Federal storm response President Donald J. Trump and senior officials are monitoring multiple storms this week, including Florence, Olivia, Mangkut, and Isaac. The Administration began putting precautionary measures in place for these weather events before Labor Day. More than 4,000 Federal employees, including more than 1,000 from the Federal Emergency Management Agency (FEMA), are working around the clock in response to these storms. Federal teams deployed across the Southeastern United States and Mid-Atlantic regions, including: 2 Army Corps of Engineers teams in the Carolinas and Virginia to help plan for debris removal and temporary power support 5 Department of Health and Human Services Disaster Medical Assistance teams in the Carolinas, Maryland, and Virginia 7 FEMA Incident Management Assistance teams 16 FEMA Urban Search and Rescue teams, including swift water rescue task forces Coast Guard personnel positioned in the Carolinas, Georgia, and Virginia to quickly mobilize in support of search-and-rescue efforts The private sector is the first source for goods in affected areas, and if those supplies are exhausted, State, local, and volunteer agencies step in to provide additional assistance. Among the resources already in place are more than 11 million meals, 18 million liters of water, 60,000 cots, and 1 million blankets.

The outer bands of Hurricane Florence are lashing parts of the East Coast with life-threatening storm surges in both North and South Carolina as the hurricane moves towards land with maximum sustained wind speeds of 100mph.

More than 100,000 homes are already without power as weather conditions begin to worsen, and has the potential to kill “a lot of people” amid risks of “catastrophic” flooding. More than a million people along the coastlines of North Carolina, South Carolina, and Virginia have been ordered to evacuate. Thousands had taken shelter in emergency facilities by Thursday night.

Stocks up 147 to 26146, DJ futures +120, attempt to stage a short covering rally continuing due to anti-tariff talks with China.

Gold up to 1210.20 and USD/CHF down 0.99 due to President Trump setting tariffs on Chinese products. Translation? As the dollar goes down, we have to wait and see if the new Fed Chair Jerome Powell will continue pressuring gold and the Eurasian block with it down below $1000/oz in an economic WW3. Watch sell stop at 25,950.  We have to wait and see if new Fed chair Powell will attempt to destroy Eurasian block by sending gold prices below 1000, despite the fact both Russia and China have been buying their whole gold production in local gold backed currency instead of money printing machines. In other words, US has lost controls of the precious metals complex, and with Trump’s infrastructure and tax cut campaign the National debt will soon be at, or over 30 trillion dollars, since D.C. swamp alligators have no intention dropping their pet projects. Read “Ziban Must Die” for more details on the coming collision of Trump’s administration with “Deep State” operators funded by the billionaires’ supporters of the New World Disorder.