George Sorbane Quotes: Hey Americans, he screamed furiously at the drones. Brothers of the wolf, sisters of the wind, children of the Sun! Send the Choctaw warrior a quick and merciful death, instead of abandoning us into slavery or shameful capture, Ziban Must Die.

So the Washington Post is running the Reagan Foundation, and RINO Paul Ryan is on the Board of Fox, which has been terrible. We will win anyway, even with the phony

suppression polls (which have been seriously wrong for 5 years)!

Larry Sabato
@LarrySabato
· 18h
Hmmm…”Frederick J. Ryan Jr., who chairs the Reagan Foundation board, is also publisher and CEO of The Washington Post. He declined to offer a comment for this column.”
Show this thread
2.8K
3.4K
10K

The Trump Campaign has more ENTHUSIASM, according to many, than any campaign in the history of our great Country – Even more than 2016. Biden has NONE! The Silent Majority will speak on NOVEMBER THIRD!!! Fake Suppression Polls & Fake News will not save the Radical Left.
30.8K
25.3K
88.3K

Crazy Nancy Pelosi said I made a mistake when I banned people from infected China from entering the U.S. in January. Tens of thousands of lives were saved, as she danced in the Streets of Chinatown (SF) in late February. Biden agreed with her, but soon admitted that I was right!
24.5K
33K
139K
Donald J. Trump Retweeted

Day 56. Last night six DHS law enforcement officers were injured in Portland. To be clear, criminals assaulted FEDERAL officers on FEDERAL property…and the city of Portland did nothing. 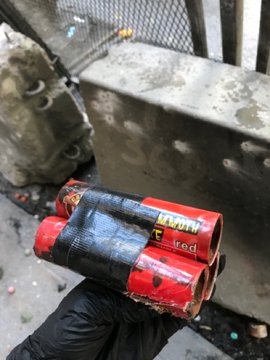 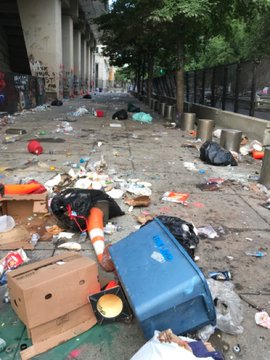 “We’re making good progress. Realistically it is going to be the first part of next year before we start seeing people getting vaccinated,” Dr. Mike Ryan, head of the WHO’s Health Emergencies Program, said, pointing out that mainly individuals between the ages of 18 and 55 have been stepping up around the world for trials.

“That’s a massive contribution to the whole world,” he added.

“Vaccines in this pandemic are not for the wealthy; they’re not for the poor; they’re for everybody,” he argued, stressing that “fairness” in how a future vaccine is allocated is important to the public health agency.”

One of the brightest Hollywood stars in the history of cinema who made her first acted in a movie in a 1935 screen version of ‘A Midsummer Night’s Dream’, was nominated alongside her sister Joan Fontaine for an Oscar but lost, Olivia De Havilland’s acting career included two Academy Awards, a victory over Hollywood’s studio system and a long-running feud with sister  that was worthy of a screenplay, has died by natural causes in her Paris house at age of 104.

She first drew attention by playing opposite swashbuckling Errol Flynn in a series of films starting in the 1930s and made an enduring impression as the demure Southern belle Melanie in ‘Gone With the Wind’ in 1939, and later she would have to fight to get more challenging roles — a battle that ended up in court but paid off with Oscars for To Each His Own in 1946 and The Heiress in 1949.

De Havilland, a naturalized American citizen who was born to English parents in Japan, had lived in Paris since 1953, and made few public appearances after retiring but returned to Hollywood in 2003 to take part in the 75th Academy Awards show.

4…………> US Accusing China’s Houston Consulate Of Spying: Why?

Hostilities and broad tensions between the world’s two largest economies are on the rise again this week after the United States ordered the closure of China’s Houston consulate, charging it was a nest of Chinese spies who tried to steal data from facilities in Texas. This of course is nothing new, if someone bothers to go through the files of DOJ during the last fifteen years, as experts and former diplomats say all diplomatic missions gather intelligence, and states often “turn a blind eye”, US especially during the infamous reign of our beloved 1st Muslim President, Grand Ayatollah Barack, “We must spread freedom around the world by reading our citizens email” Obama, “May Allah Shadow fall upon him”, and his Vice President “Uncle” Joe,” Sleeping in a wrong century” Biden, who has the audacity to run for the office now, and had already promised to shut down all hostilities toward his dear friend, China’s President Mr. Xi.

US officials said the activity of the Houston consulate crossed the line of what was acceptable, with the city being a hotspot of information due to its aerospace and pharmaceutical research facilities.

But espionage experts said the gathering of intelligence is a key part of what diplomatic missions do, and that often includes not only legal means but also the use of spies to gather “secret information”.

“They do it, we do it. We just hope to catch them at it, and hope they don’t catch us,” said Anthony Glees, an internationally published expert on security and intelligence and professor of politics at the University of Buckingham.

5…………> No End In Sight To The US-China Confrontation: Why Is Putin So Silent?

“The US and China cannot ignore the fundamental ideological differences between our countries,” he said.

It is the latest escalation in a confrontation that has intensified since Donald Trump became US president, but whose origins lie way before his presidency, since after his election in 2016, he announced his intention to reduce the US’ trade deficit with China, slapping punitive tariffs on imports from China, citing a 1974 trade law following Beijing failure, or unwillingness to sufficiently protect intellectual property rights and therefore violated the interests of US firms.

The punitive measures threatened covered bilateral commerce worth $50 billion, and this figure is expected to rise to $500 billion in the last few years.