Just met John James of Michigan. He has every single quality to be your next Great Senator from Michigan. When the people of Michigan get to know John, they will say he is a true star. Also, distinguished Military and a Combat Vet! 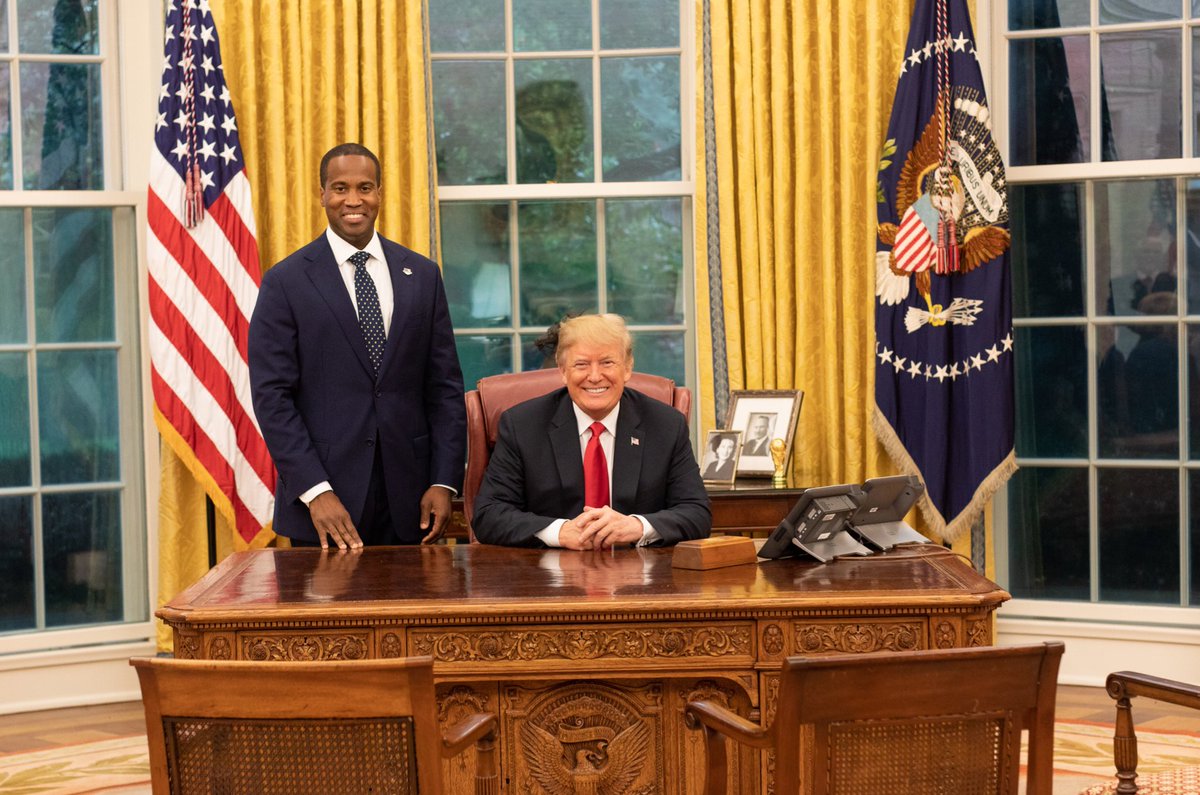 It was my great honor to host today’s Inaugural Meeting of the “President’s National Council for the American Worker” in the Roosevelt Room! Read more: https://www.whitehouse.gov/briefings-statements/remarks-president-trump-inaugural-meeting-presidents-national-council-american-worker/ … 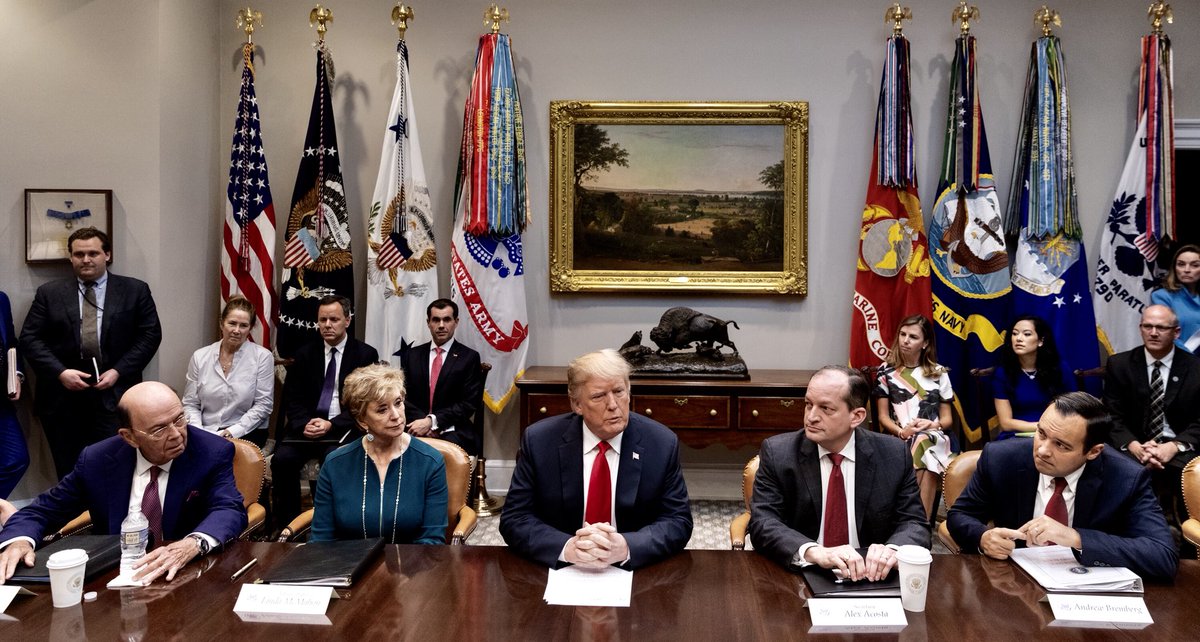 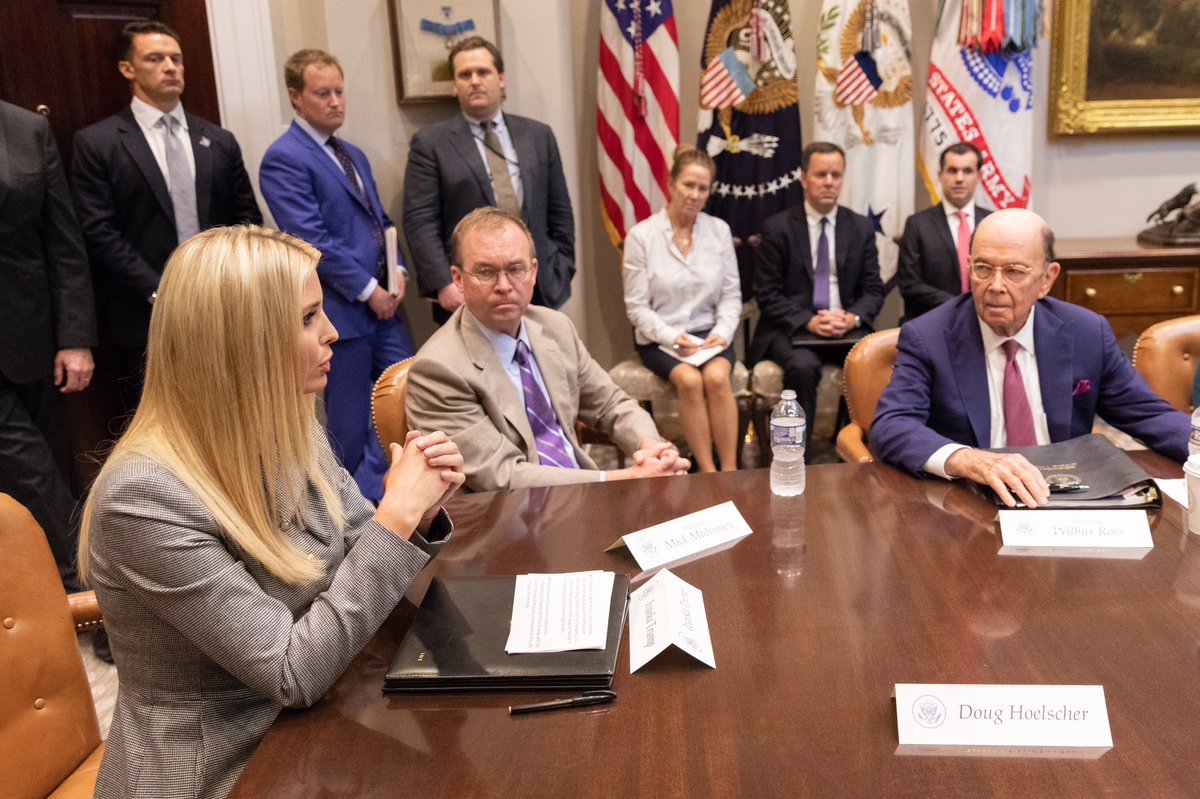 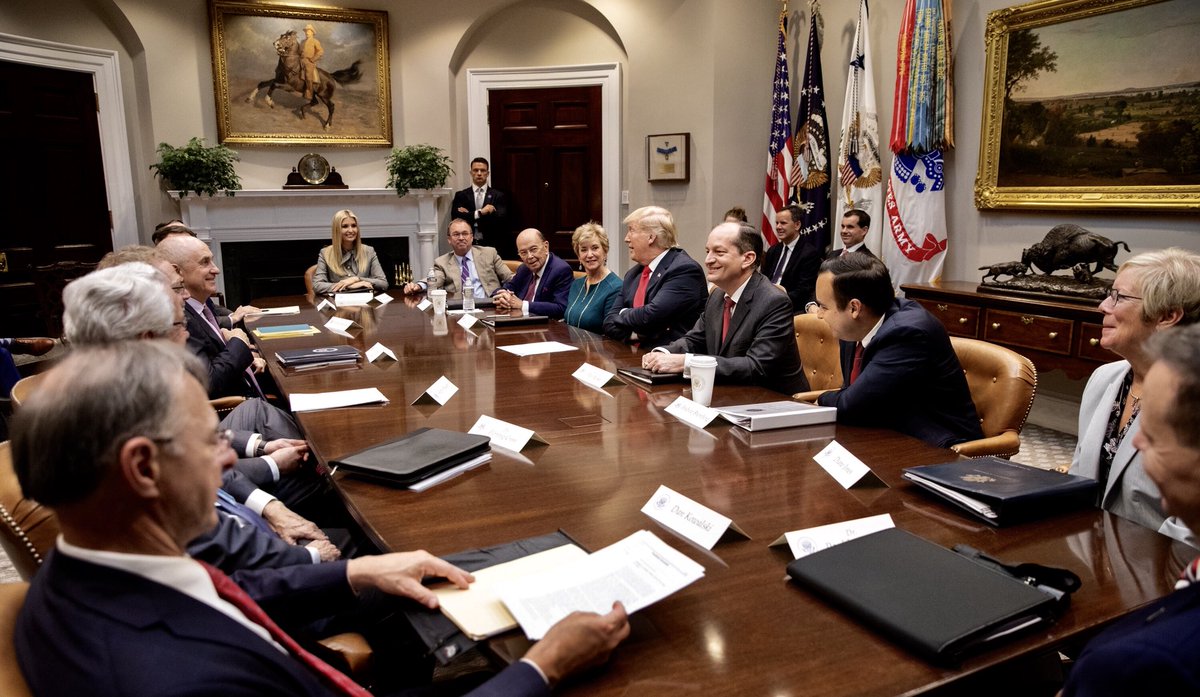 The woman who accuses US Supreme Court nominee Brett Kavanaugh of attempting to rape her will not testify to the Senate next week, says her lawyer. Christine Blasey Ford’s attorney told CNN her client has been “deflecting death threats and harassment.”

Lawyer Lisa Banks said before her client goes to Congress, she wants an FBI investigation into Judge Kavanaugh. The nominee, who denies the claim, has met officials at the White House for the second day.

Mr. Trump, who reportedly did not meet Mr. Kavanaugh on Tuesday, expressed sympathy for his nominee. “I feel so badly for him that he’s going through this, being honest with you,” the Republican president told a news conference. “This is not a man that deserves this.” He added: “Hopefully the woman will come forward, state her case. He will state his case before representatives of the United States Senate. And then they will vote.”

Grant William Robicheaux, 38, and Cerissa Laura Riley, 31, allegedly attacked two women they met at a bar and a restaurant in 2016, and “thousands and thousands” of videos of potential victims were found on the defendants’ phones.

“We believe the defendants used their good looks and charms to lower the inhibitions of their potential prey. There are several videos where the women in the videos seem to be highly intoxicated beyond the ability to consent or resist and they are barely responsive to the defendants’ sexual advances. Based on this evidence we believe there might be many unidentified victims out there”, according to the authorities.

China published in July 2017, “A New Generation of Artificial Intelligence Development Plan”, which cites “AI”  as a “focus of international competition,” describing at least three main development stages that “will achieve breakthroughs in brain-inspired intelligence, autonomous intelligence, hybrid intelligence, swarm intelligence […] and AI should be expansively deepened and greatly expanded into production and livelihood, social governance” – according to a translation of the text by the think tank, New America.

The new development plan calls explicitly for AI-related courses to be set up in both primary and secondary schools, Chinese schools to install facial recognition cameras in classrooms.

“Their facial recognition is monitored to see how attentive they are during class. The data is then evaluated by an algorithm, and it gives feedback on you as a student.” If that doesn’t make kids sit still, nothing will. But it goes beyond the school gates. China’s 2017 development plan repeatedly refers to group intelligence and an aim to promote “mutual trust.”

Is “Big Uncle” Mr.Xi aiming to monitor everyone in China, just in case?

Stocks up 185 to 26247, DJ futures +21, attempt to stage a short covering rally continuing due to anti-tariff talks with China.

Gold down to 1202.20 and USD/CHF down 0.99 due to President Trump setting tariffs on Chinese products. Translation? As the dollar goes down, we have to wait and see if the new Fed Chair Jerome Powell will continue pressuring gold and the Eurasian block with it down below $1000/oz in an economic WW3. Watch sell stop at 25,950.  We have to wait and see if new Fed chair Powell will attempt to destroy Eurasian block by sending gold prices below 1000, despite the fact both Russia and China have been buying their whole gold production in local gold backed currency instead of money printing machines. In other words, US has lost controls of the precious metals complex, and with Trump’s infrastructure and tax cut campaign the National debt will soon be at, or over 30 trillion dollars, since D.C. swamp alligators have no intention dropping their pet projects. Read “Ziban Must Die” for more details on the coming collision of Trump’s administration with “Deep State” operators funded by the billionaires’ supporters of the New World Disorder.