1. “When the lower half rules, the upper half suffers.

Congratulations to Eddie DeBartolo Jr. and your wonderful family of friends! 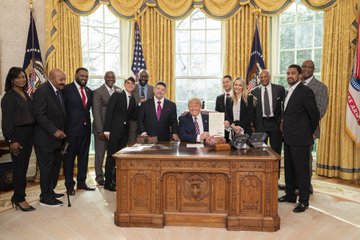 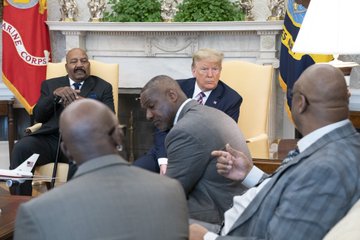 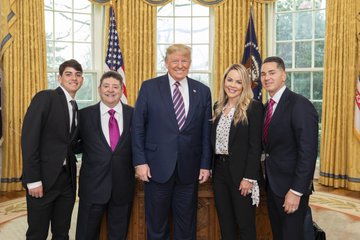 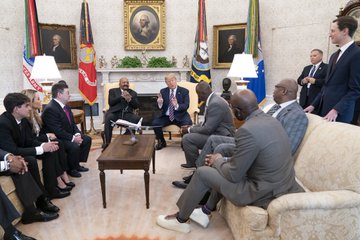 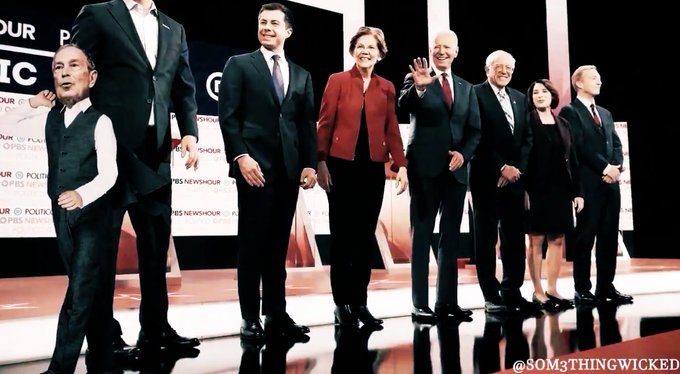 …And this despite Fake Witch Hunts, the Mueller Scam, the Impeachment Hoax etc. With our Economy, Jobs, Military, Vets, 2A & more, I would be at 70%. Oh well, what can you do?
Quote Tweet

The five major Chinese state-run media entities with US operation in progress, that are clearly front for the communist country foreign intelligence service, will be treated the same way as as foreign embassies, requiring them to register their employees and US properties with the State Department, according to a new rule promulgated by the Trump administration, following China’s intensified use of media to spread pro-Beijing propaganda overseas to promote Chinese soft power abroad.
Western media outlets operating in China already face harsh restriction, and the State Department officials said the decision was made because China had been tightening state control over its media, and President Xi Jinping had made more aggressive use of them to spread pro-Beijing propaganda.

“These guys are in fact arms of the CCP’s [Chinese Community Party’s] propaganda apparatus.”

Tensions between the two superpowers have escalated since President Donald Trump came to office three years ago, with disputes ranging from trade tariffs to accusations of Chinese spying in the United States and to US support for Taiwan.

As plainly seen from the above slogans, he is simply a slightly modified cloned supporter of our  beloved 1st Muslim President, Grand Ayatollah Barack, “We must spread freedom around the world by reading our citizens email” Obama, “May Allah Shadow fall upon him,” and not very far to the right of Elizabeth, “Pocahontas” Warren, or Indiana mayor Ms. Pete,”I look fabulous in a night gown” Buttigieg.
.
https://www.bbc.com/news/world-us-canada-51481260
.
4…………> The Trump/Zuckerberg Axis Assailed: Uncle George Soros
.
The first secretary of the “Planetary Commission” Comrade George Soros slammed Facebook CEO Mark Zuckerberg, accusing him of being part of the effort to re-elect President Trump:
“Mr. Zuckerberg appears to be engaged in some kind of mutual assistance arrangement with Donald Trump that will help him to get reelected, Facebook does not need to wait for government regulations to stop accepting any political advertising in 2020 until after the elections on November 4,” Mr.Soros wrote, suggesting both Cheryl Sandberg  and Mr.Zukerberg should be removed from the massive social media platform because of Facebook’s policy on political advertising.
“The notion that we are aligned with any one political figure or party runs counter to our values and the facts. We continue making unprecedented investments to keep our platform safe, fight foreign interference in elections around the world, and combat misinformation,” a Facebook spokesperson disagreed in a statement to Fox News.
.
https://sputniknews.com/us/202002181078345986-soros-facebook-ceo-coo-removed-zuckerberg-conspiring-trump/