Few people know where they’ll be in two years from now, but I do, in the Great State of Alaska (which I love) campaigning against Senator Lisa Murkowski. She voted against HealthCare, Justice Kavanaugh, and much else…
23.3K
17.4K
65.7K

His handlers want him to “Defund the Police.” I want more money for Law Enforcement!

Great to be with our wonderful Men and Women of the

. What a job they are doing! 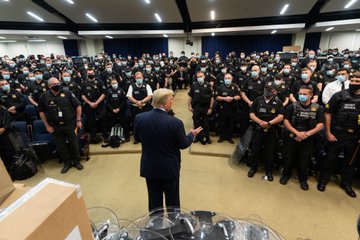 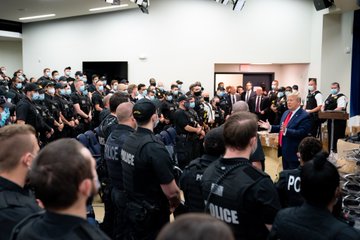 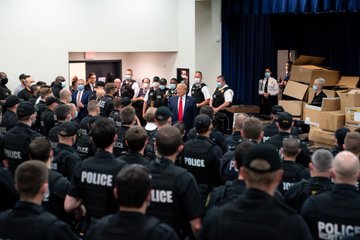 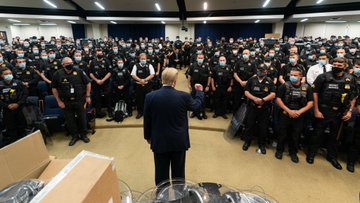 The problem with asking for someone to give you a letter of resignation, which you do as a courtesy to help them save face, is that it is then harder to say you fired them. I did fire James Mattis. He was no good for Obama, who fired him also, and was no good for me!
18.9K
15.4K
62.5K
.

“The Executive Group received this recommendation and endorsed continuation of all arms of the Solidarity Trial, including hydroxychloroquine,” a welcome news was stated by WHO Director-General Tedros Adhanom Ghebreyesus MD, who said that experts have been reviewing the data and recommended that “there are no reasons to modify the trial protocol, tactfully “forgetting” to mention the name of the man who insisted on using it for treating the feared COVID-19, what was his name, “T…Tr…,  aha .. Trump, President Trump” to be exact, and all this hard won admission spoken at a virtual, world-wide press conference by a hardened bureaucrat, and member of the Planetary Commission.

On May 25, the WHO decided to pause the trial of hydroxychloroquine amid concerns over its safety.

“The Data Safety and Monitoring Committee will continue to closely monitor the safety of all therapeutics being tested in the Solidarity Trial,” Tedros said.

The word “Anitfa’s”, a short for Stalinist Communist Party of Germany (KPD), adopted for the “Antifaschistische Aktion” (anti-fascist action) group since the early 1920s, followed by the Weimar crash attempts to portray themselves as the only truly “anti-fascist” party in Germany’s last free election, treacherously enabling “Uncle Adolf” Hitler to take control of Germany, and the rest is tragic history. So why is “Fake News” attacking President Trump for unmasking the “beyond left,” freshly hatched Leon Trotsky like, Comrade AOC led, “Ultra billionaires” funded  US House of Representatives communists? In his immortal book, “The Endless Beginning” George Sorbane has said that, “The truth is like a septic tank and the smell will eventually get out no matter how hard we tighten down the hatch”, and this the reason the “Maddening Left” is screaming in fury, because their lies full “septic tank” stink is out, and true communist targets are laid bare for every one to see.

“For the first time we can read Fersen’s writing using unambiguous sentences on his feelings for the queen, which had been carefully hidden”, the historic project’s leading researchers said in a statement about the life of France’s highly unpopular yet still widely discussed queen Marie-Antoinette that still remains a hotly debated topic among historians, writers and filmmakers after all those centuries.

Written correspondence between Marie-Antoinette and her lover Count de Fersen, some parts of which were previously deemed “illegible” due to censor marks used to redact the letters, have now been deciphered with the help of new scanning technique, the French National Archives revealed.