45th President of the United States of America🇺🇸

Followed by The White House, Sarah Sanders, and 247 others you follow

The U.S. economy grew at a 3.2% annual rate in the first three months of 2019, beating expectations on Wall Street, according to government data released Friday.

“With God as our witness, we swear today that we will defend our rights, we will safeguard our freedoms, we will uphold our heritage, we will protect our Constitution, and we will make America stronger, prouder, safer and GREATER than ever before!”

Mariia Butina, a Russian national, was sentenced today to 18 months in prison after pleading guilty to a charge of conspiracy to act as an agent of a foreign government, taking  these actions without notifying the Attorney General that she was in fact an agent of the Russian Federation from 2015 to 2017.

Butina acted as an agent of a Russian government official sought to do so for the benefit of the Russian Federation. 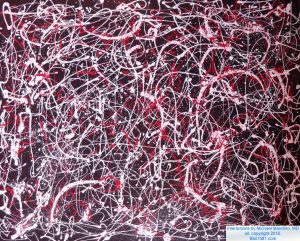 President Donald Trump told the National Rifle Association (NRA) he is pulling the United States out of an international arms treaty signed in 2013 by then-president Barack Obama that was opposed by the NRA and other conservative groups.

The NRA has long fought the treaty, which regulates the $US70 billion business in conventional arms and seeks to keep weapons out of the hands of human rights abusers.

In reversing the US position on the pact, he wrote, “We will never allow foreign bureaucrats to trample on your Second Amendment freedoms.”

Stocks up 81 to 26543, DJ futures -25, rally continuing due to anti-tariff talks, and China spending 1 trillion dollars to buy US products.

Gold up to 1288.4 and USD/CHF at 0.98 due to President Trump setting tariffs on Chinese products. Translation? As the dollar goes down, we have to wait and see if the new Fed Chair Jerome Powell will continue pressuring gold and the Eurasian block with it down below $1000/oz in an economic WW3. Watch sell stop at 26200.