When I took the Oath of Office…

The Yellow Vest protests and mayhem that started as a dialectic reaction to fuel tax hikes and evolved into a protest against the French President, Rabbinical Grand Ayatollah Emmanuel Macron, have continued despite the government’s call for them to halt, with the “freedom fighting” vandals destroying two thirds of the Islamic Sheikdom of France’s fixed speed cameras to the tune of millions of euros in losses to the state, according to the country’s interior minister Ayatollah Christopher Castaner.

Translation: Decades of political treachery by the globalists politicians of EU that led to the brutal Islamization of the continent, is now returning dividends of hatred, mayhem and utter destruction of thousands of years of culture and Christian tradition in return, and gives us glimpse into the “future” window as to where the US is heading should the ultra-left punks of current communist-Islamo-Fascists political gang win both houses of Congress.

“Once again this proves that the Houthi criminal militias are not ready for peace and that they are exploiting truces in order for deployment and reinforcements,” Yemen’s Information Minister Moammar Al Eryani said.

While a bunch of Democratic millionaires currently in charge of the US House of representatives, and their “Fake News” “la gumbas” are throwing eggs, tomatoes and other objects at a democratically elected US President in a bid to keep status quo, i.e. keep the drugs flowing from the Narco-State of Mexico and keep killing thousands of Americans, China’s Chang’s 4 robot probe performed the first soft landing on the Moon’s far side last week, sending panoramic images of the landing site detailing a grey moonscape.

The lunar probe transmitted early images of its exploration on the far side, rekindling fears amongst experts that this mission may be the first step toward a military base on the Moon, opening a frightful page of space wars that were just recently subject to science fiction.

After President Trump walked out of a meeting with Pelosi, Schumer & Co Democrats due to a refusal to fund his border wall with Mexico, a partial government shutdown was set in place, with his administration about to reach a new record when the impasse hits 22 days this Sunday, eclipsing  President Bill Clinton’s record of 21 days.

Mr. Trump has so far jumped up over three funding gaps, all this year,  one lasting a day, another one for three days, and the current shutdown unlikely to be resolved soon due to the political intransigence of the opposition block of Unified Party USA, consisting of  GOP Establishment actors and the ultra-left House socialist/communist/Islamo-Fascists foul-mouthed “dreamers” led by Alexandria Cortez, under the inept leadership of blockheaded liberal Nancy Pelosi.

….This will keep our communities safer, and provide hope and a second chance, to those who earn it. In addition to everything else, billions of dollars will be saved. I look forward to signing this into law!

America is the greatest Country in the world and my job is to fight for ALL citizens, even those who have made mistakes. Congratulations to the Senate on the bi-partisan passing of a historic Criminal Justice Reform Bill….

….It will be beautiful and, at the same time, give our Country the security that our citizens deserve. It will go up fast and save us BILLIONS of dollars a month once completed!

The Democrats, are saying loud and clear that they do not want to build a Concrete Wall – but we are not building a Concrete Wall, we are building artistically designed steel slats, so that you can easily see through it….

Congratulations to @MarthaMcSally on her appointment by Governor @DougDucey as the Great new Senator from Arizona – I have no doubt she will do a fantastic job! 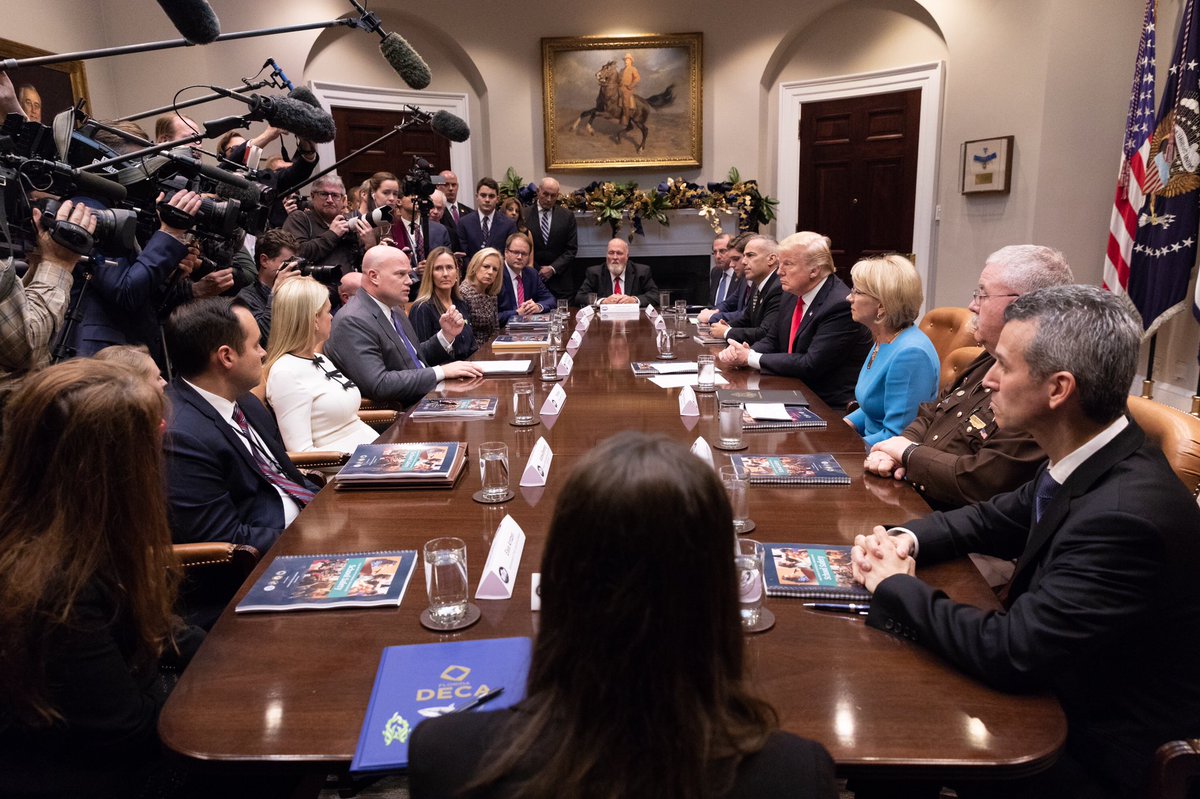 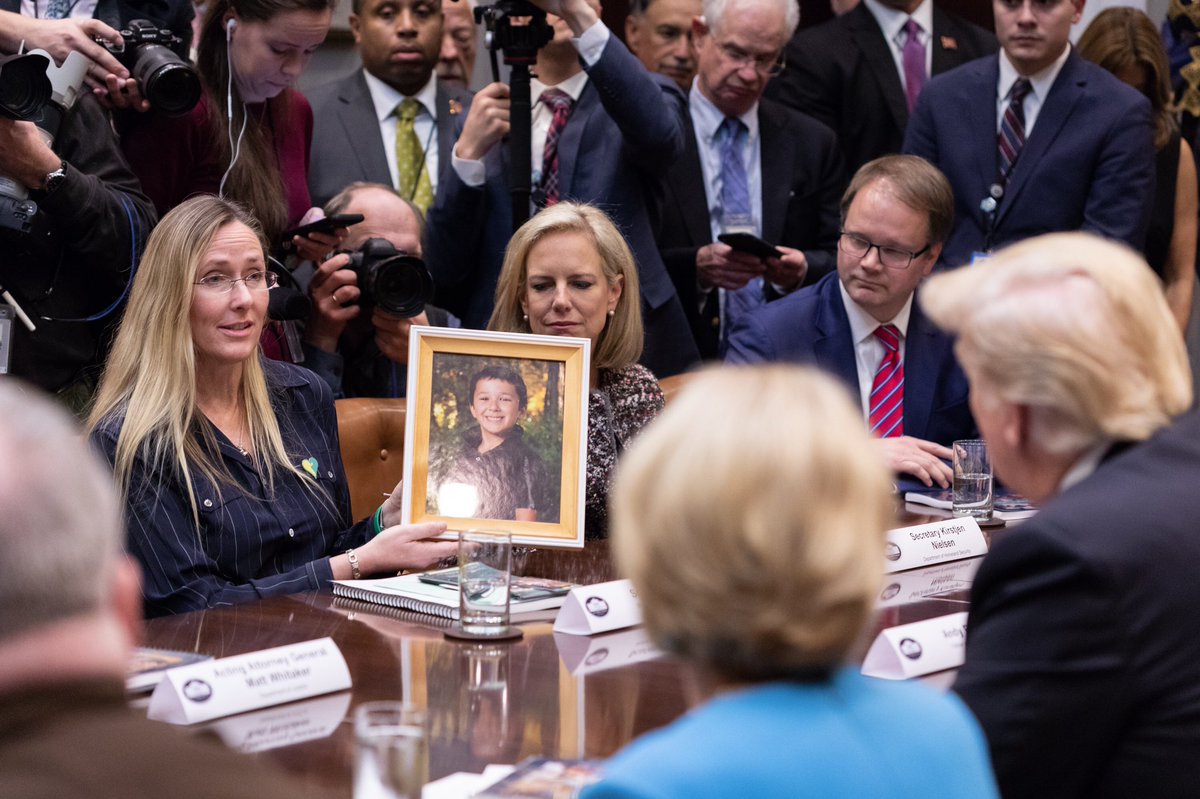 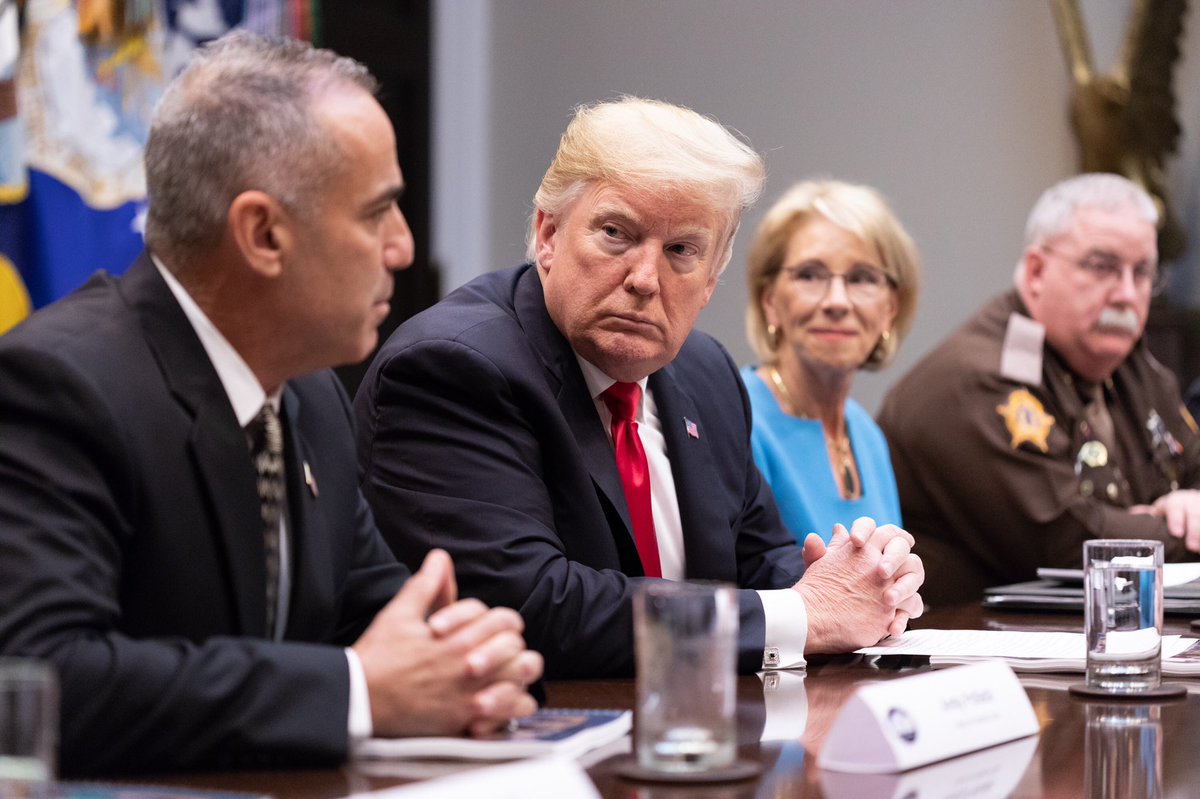 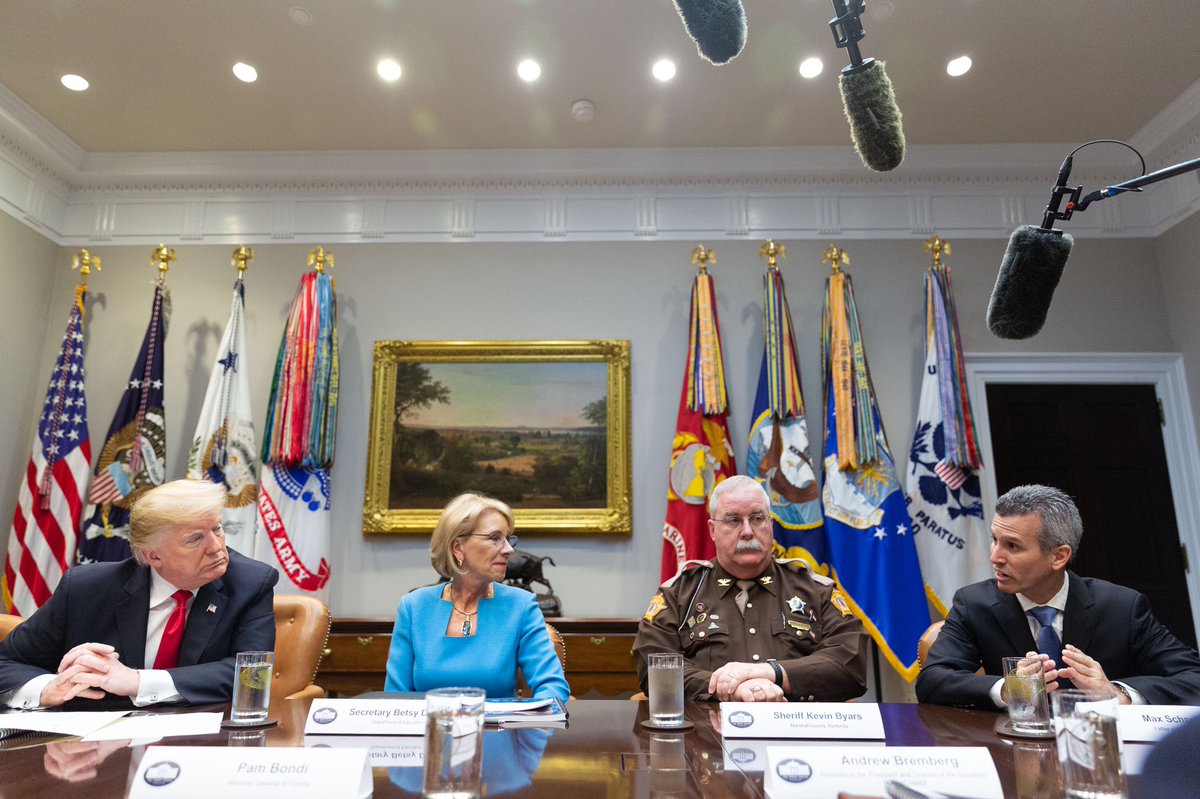 Today, @POTUS Trump will direct the @DeptofDefense to establish a Combatant Command that will oversee all of our military activities in space. This Space Command will be the 11th Combatant Command in the U.S. military. 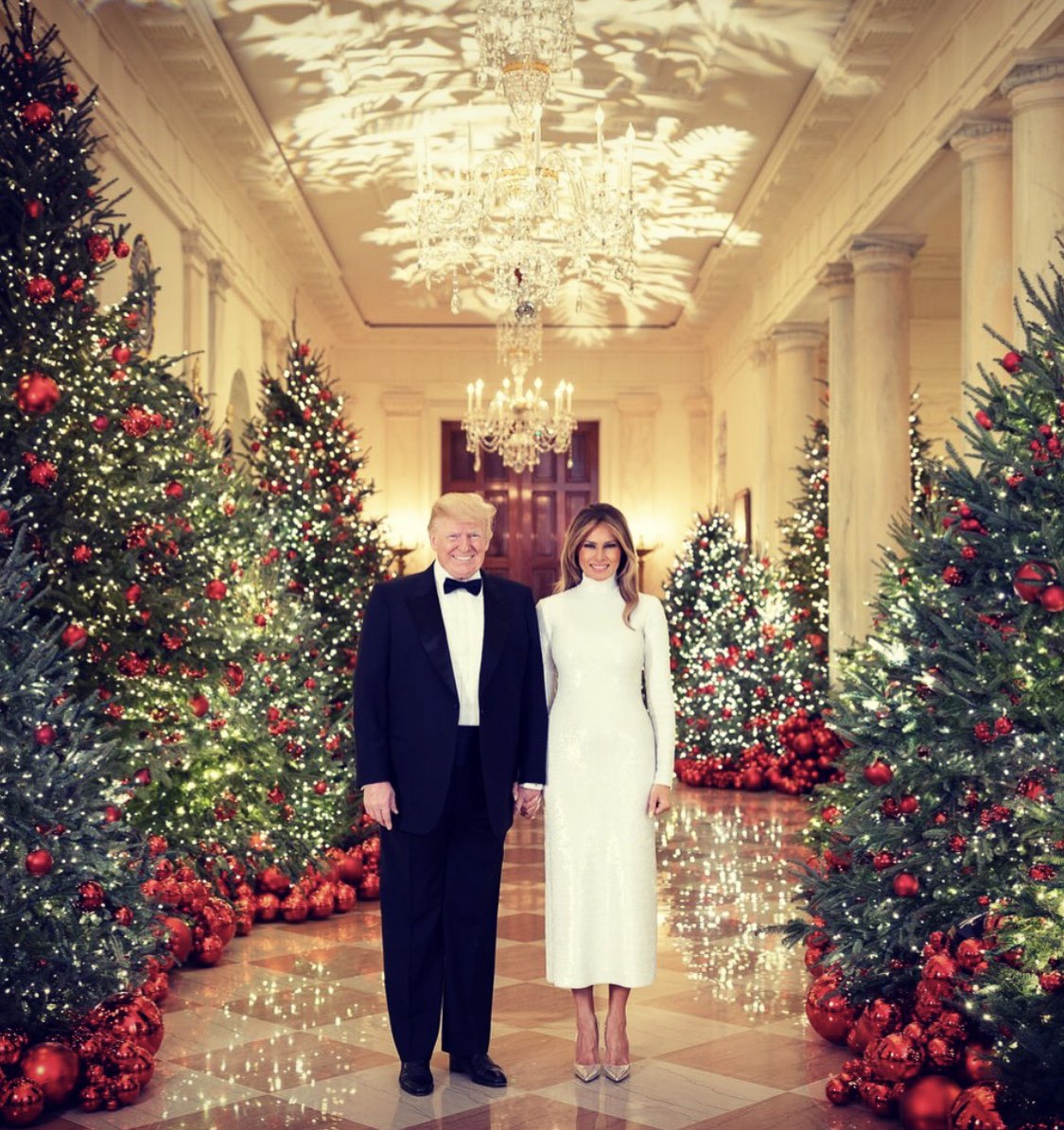 2…………>Trump vs Invisible Government: The Fed

President Donald Trump cranked up his pressure on the Federal Reserve by warning the central bank against making “yet another mistake”, as the Fed is widely expected to announce an interest rate rise its fourth in a year with financial markets in turmoil and fears of recession growing by the day.

In a tweet, President Trump advised the Fed to “feel the market” and not to “just go by meaningless numbers”, with his remarks bring unprecedented pressure on the central bank as policymakers meet in Washington for a two-day meeting.

Mr. Trump who appointed the Fed’s chairman Jerome Powell, has repeatedly blamed the central bank for unsettled markets and dismissed analysts who cite other factors, such as rising trade tariffs.

President Trump tweeted that it was “incredible” that the bank was considering a rate rise, before telling the Fed to read an editorial in the Wall Street Journal “before they make yet another mistake”.

“Motorists should take utmost care as they approach toll gates and motorway access ramps due to the presence of numerous pedestrians”, Vinci Autoroutes, the Islamic Sheikdom of France’s largest toll road operator said in a statement, while the A50 highway between Marseille and Toulon was closed after the protesters set the toll station ablaze.

The “yellow vests”  protesters damaged or burned hundreds of traffic radars, with some 1,600 devices, about half of France’s radars affected, leading to several people’s deaths in automobile accidents in recent weeks, mostly at points blocked by groups of demonstrators.

The “yellow vests” protesters occupied some 40 roads and roundabouts across the Islamic Sheikdom of France since mid-November, damaging intersections by setting toll booths on fire   in Avignon, Orange, Perpignan and Adageing.

France’s interior ministry said minor damage to a radar might cost about 500 euros to repair, while major damage might cost some 200,000 euros.

Sailors and Marines man the rails of the Wasp-class amphibious assault ship USS Kearsarge (LHD 3) as it departs Naval Station Norfolk on a deployment as part of the Kearsarge Amphibious Ready Group in support of maritime security operations, crisis response and theater security cooperation, while also providing a forward naval presence.

Stocks up 83 to 23676, DJ futures +87, attempt to stage a short covering rally continuing due to anti-tariff talks with China.

Gold up to 1254.7 and USD/CHF at 1.00 due to President Trump setting tariffs on Chinese products. Translation? As the dollar goes down, we have to wait and see if the new Fed Chair Jerome Powell will continue pressuring gold and the Eurasian block with it down below $1000/oz in an economic WW3. Watch cover short stop at 23900.
We have to wait and see if new Fed chair Powell will attempt to destroy Eurasian block by sending gold prices below 1000, despite the fact both Russia and China have been buying their whole gold production in local gold backed currency instead of money printing machines. In other words, US has lost controls of the precious metals complex, and with Trump’s infrastructure and tax cut campaign the National debt will soon be at, or over 30 trillion dollars, since D.C. swamp alligators have no intention dropping their pet projects. Read “Ziban Must Die” for more details on the coming collision of Trump’s administration with “Deep State” operators funded by the billionaires’ supporters of the New World Disorder.