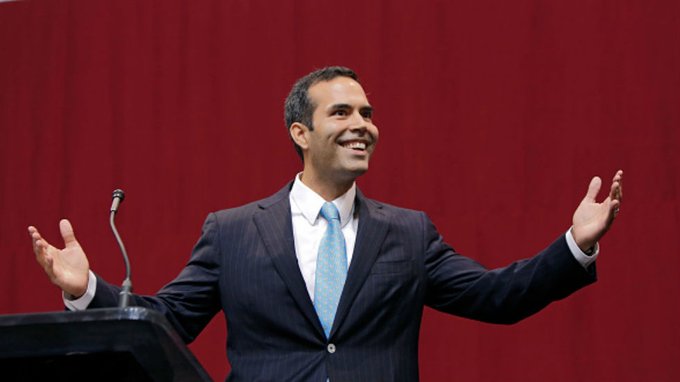 Great work in the Republican Senate on some big nominees. Still 154 to go, hope they don’t adjourn until the job is done!

. This money will keep people moving and support a swift and smooth economic recovery for the GREAT people of Utah!

I am allocating $2.96 BILLION in Emergency Solutions Grants to support homeless Americans and those at risk of becoming homeless because of job or wage loss, or illness due to COVID-19. We are taking care of our Nation’s most vulnerable citizens. Thanks

Federal authorities discovered 63 illegal aliens in back of trailer after truck driver fled a police checkpoint, and a South Texas man identified as Leonidas Navarro, 30, from Zapata, entered a guilty plea for his role in a conspiracy to transport illegal aliens within the country, the case being investigated by U.S. Immigration and Customs Enforcement’s (ICE) Homeland Security Investigations (HSI) Laredo Office with the assistance of U.S. Customs and Border Protection (CBP) Border Patrol.

The defendant entered a guilty plea June 8, before U.S. District Court Judge Diana Saldana for conspiracy to transport illegal aliens within the country.

According to court documents, on Jan. 21, Leonidas Navarro drove a semi-truck and trailer combination through the Laredo North Border Patrol checkpoint on Interstate 35. Upon inspection, a K-9 alerted to the presence of contraband in the trailer. Navarro also could not provide a bill of lading for the goods he was supposedly transporting. He was then referred to secondary inspection.

Instead of complying with the officer’s direction, Navarro increased his speed and drove through a fence and into a field before he ultimately crashed. He jumped out of the truck and attempted to flee but was soon captured. Authorities found a total of 63 illegal aliens that had been hidden inside the truck. No one was seriously injured during the crash.

U.S. District Court Judge Saldaňa will impose sentencing later, at which time, Navarro faces up to 10 years in federal prison. He remains in custody pending that hearing.

.
When 17-year-old David Vargas woke one night with chest pain, he was a little worried at first, but after admitted to hospital in New York and tested positive to COVID-19, he was diagnosed with MIS-C, a new disease unknown to him that had stricken many young people, a disease linked to feared world-wide infection.

David’s father was deeply concerned, and so were his health providers about why the young, healthy and active man was showing signs of a heart attack.
After first testing negative for the coronavirus, a second test came back positive, and doctors suddenly had an answer.

It turned out David had developed a new, rare condition linked to COVID-19 called Multisystem Inflammatory Syndrome (MIS-C), which so far has seemed to only affect children and young people, often several weeks after exposure to the coronavirus.

.
After being deployed to police tens of thousands of protesters in Washington, DC, and rarely wearing masks during their patrols for more than a week, the city’s National Guard garrison had an unknown number of DC National Guard (DCNG) soldiers testing positive for the COVID-19:

“We can confirm that we have had COVID-19 positive tests with the DCNG,” DC National Guard spokesperson Air Force Lt. Col. Brooke Davis told McClatchy DC on Tuesday.

“The safety and security of our personnel is always a concern, especially in light of the COVID-19 era.”

Photos from the protests showed that few soldiers wore the proper personal protective equipment necessary to stem the spread of the coronavirus, and a much larger percentage of the demonstrators did wear masks, but both groups did not maintain the 6-foot social distancing advised by US medical authorities.