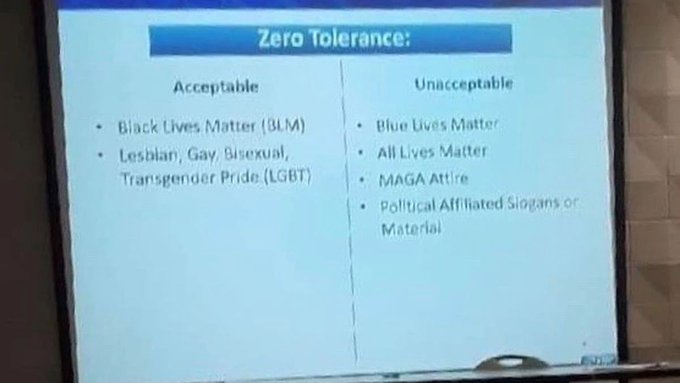 It is becoming apparent that the Democratic presidential nominee, “Uncle” Joe, “Sleeping in a wrong century” Biden moves to win over never-Trump Republicans while attempting to hold onto the loyalty of left-wing Democrats that supported social democrat Sen. Bernie Sanders (I-VT), has offended some of the party’s more progressive elements that are looking to form their own party, led by the ardent Che Guevara supporter, Comrade AOC and her “Squad” “Islamo-Fascist” supporters:

“For far too long we have watched both corporate-funded political parties pillage and devastate our country, our communities, and our families,” says the website for The People’s Convention, scheduled for August 30.

“Now it is time for us to ask: What kind of world do we want to build from the ashes of this pandemic and economic depression?”
“One week after the Democratic and Republican national conventions, people from all walks of life will come together to discuss the state of the nation and plans to form a major new political party in America. A party free of corporate money and influence. A people’s party,” the website continues.

Security personnel with Florida’s Lakeland Linder International Airport were shocked to find a massive, live missile inside a shipping container during a routine inspection of incoming packages.

The projectile was a live munition, but was unarmed at the time of discovery, and was determined that the shipment arrived at the airport with pieces of a plane that belonged to Draken International, an US aerospace and defense company that operates a “commercial fleet of tactical ex-military aircraft.”
Draken International is a tenant of the airport, and has been processing its shipments through the facility for several years.

.
More than 1,000 arrests, including defendants who have been charged in state and local courts, with 217 defendants charged with federal crimes, and nearly 400 firearms seized by the Bureau of Alcohol, Tobacco, Firearms and Explosives, all this a direct result by the Attorney General launching an operation as an sustained, systematic and coordinated law enforcement initiative in which federal law enforcement agencies worked in conjunction with state and local law enforcement officials to fight violent crime, named in honor of four-year-old LeGend Taliferro, who was shot and killed while he slept early in the morning of June 29 in Kansas City.

An example from applied law-enforcement in Chicago, Ill:

It is not unusual for foreign countries to hide destroyers and submarines in underground cavities, away from preying eyes of hostiles satellites above, as both the former Soviet Union maintained a similar facility at Balaklava, in Crimea, and Sweden’s Muskö naval base, about 20 miles south of Stockholm, was once a highly secret facility with three docks for destroyers and submarines.

Hence when a recent satellite photo managed to capture a Chinese vessel entering a cave base on Hainan Island, at the northern end of the South China Sea, this was hardly a surprise that a large type 093, Shang-class nuclear-powered attack sub would be observed at the mouth of the cavernous Chinese citadel.