1. “The truth is like a septic tank and the smell will eventually get out no matter how hard we tighten down the hatch.”―  “The Endless Beginning”

Democrats are trying to deny Republican Members of Congress access to Schiff’s secret impeachment proceedings. What are they hiding?

It is the only thing the Do Nothing Dems are doing! @willchamberlain

Nusrat Jahan Rafi’s murder ignited an explosion of demonstrations after she made a sexual harassment complaint to local police against the principal of her school, following the arrest of some of her classmates who among the 16 people sentenced to death.

Rafi was lured to the rooftop of the seminary where her attackers pressed her to withdraw the complaint she had filed with the police, and when she refused, she was tied up, doused in kerosene and set on fire. The barbaric incident of Nusrat Jahan Rafi doused in kerosene and set on fire, after refusing to withdraw a sexual harassment complaint against the headteacher of the seminary she attended. She suffered burns to 80 percent of her body and died in hospital five days later, on April 10.

“We have the rule of law,” prosecutor Hafez Ahmed told reporters in the crowded courtroom.

3…………>  Paris Agreement: Trump Out Of Climate Accord

Mr. Trump promised that he’d turn the US into an energy superpower, and he’s attempting to go away a bunch of pollution legislation to reduce the cost of producing gas, oil, and coal, leaving many of world’s globalists with the burning question: Is the worst is yet to come for Paris climate pullout?

Trump effect’ threatens Paris pact, since it had committed the US of our 1st Muslim President, Grand Ayatollah Barack, “We must spread freedom around the world by reading our citizen’s emails” Obama, to cut greenhouse gases up to 28% by 2025 based on 2005 levels.

At the same time, the president’s staff have conducted what critics call a seek-and-destroy mission through US environmental legislation.

First Lady Melania Trump embarked upon her first solo trip to Capitol Hill, accompanied by various lawmakers and senior White House officials, to mark the one-year anniversary of a law aimed at addressing the opioid epidemic, at the same time her husband faces a backlash from within his own party over his decisions on Syria and amid the House Democrats’ impeachment inquiry, and avoiding questions about targeting Mr. Trump.

As she was departing, FLOTUS was asked by the assembled press how the impeachment inquiry was affecting her and her family, as she has not made a public comment yet, but underscored the importance of the “SUPPORT for Patients and Communities Act”, signed into law by President Trump last October:

“I have traveled to some of the areas hardest hit by drug abuse and I have seen the devastating effects that this crisis has on families and children. It provides the necessary tools to fight this crisis. We continue to make great strides in our fight to end this crisis,”  she said before leaving.

Russian Su-27 fighter was scrambled to escort a USAF B-52H  Stratofortress strategic bomber approaching Crimea carried out a simulated bombing of the Russian Baltic Fleet’s base in the exclave of Kaliningrad.

This was the second time in recent days that a US bomber approached Russia’s borders and appeared to carry out a bombing simulation, with the previous incident taking place on October 19

Last year, Council of Economic Advisers Chairman Kevin Hassett reported that blue-collar jobs grew at their fastest pace since 1984, and now, “after years of job losses, US manufacturing employment has risen for 18 straight months among those holding production or nonsupervisory jobs, the longest stretch of gains since the mid-1990s,” according to the Wall Street Journal.

Complementing those rising wages is a significant drop in prices, American families are paying less at the pump as gasoline prices fell 9.1 percent during the past year And in keeping with a major promise from President Trump, last month saw the biggest year-over-year decline in prescription drug costs since 1972.

The economy has been red hot since President Donald J Trump took office, a great news on its own, but even better is that not all booms are created equal—and the blue-collar Trump Economy is paying off for exactly the working Americans who need it most.

The first stop was Dove School of Discovery in Tulsa, one of five public charter schools that aims to provide a character-development curriculum in every classroom from pre-K to the 12th grade, The First Lady participated in an activity with pre-K children that encouraged young students to think about ways they can show kindness in their lives.

“This campaign will give a voice to those affected by the opioid crisis by allowing them to share their stories and Eric Bolling was one of the first to share his family’s story, inspiring hundreds more who have followed his lead,” the First Lady said.

On the topic of online safety, the First Lady visited Microsoft Headquarters in Redmond, Washington, seeing firsthand how Microsoft is taking the lead on promoting online safety for children and parents.

“The technology being designed not only includes safety features but also accessibility for all – a very exciting and new opportunity for many with limited mobility,” Mrs. Trump said.

Following President Trumps remarks that planes are too complex as nations ground Boeing 737 MAX 8, airline pilots on at least two US flights have reported that an automated system seemed to cause their Boeing 737 MAX 8 planes to tilt down suddenly.

North American carriers have continued to fly the 737 MAX, despite groundings elsewhere, and reports in a database compiled by NASA indicate the pilots said that soon after engaging the autopilot on their planes, the nose tilted down sharply.

Two pilots separately reported to NASA that they suspected automated controls in their Boeing 737 MAX planes were faulty, with both planes suddenly tilted mid-flight but were quickly corrected.

Stocks down 96 to 25555, DJ futures -68, rally continuing due to anti-tariff talks to end the government shutdown and China spending 1 trillion dollars to buy US products. Gold up to 1304.9. 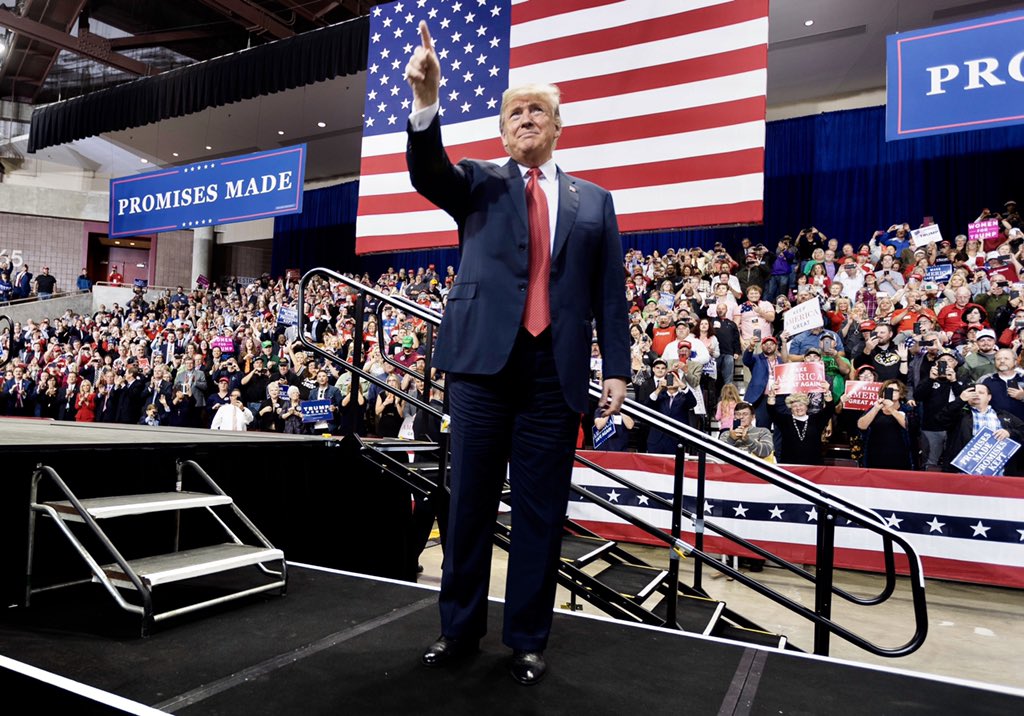 Thank you Minnesota – I love you!

Just made my second stop in Minnesota for a MAKE AMERICA GREAT AGAIN rally. We need to elect @KarinHousley to the U.S. Senate, and we need the strong leadership of @TomEmmer, @Jason2CD, @JimHagedornMN and @PeteStauber in the U.S. House!

Congressman Bishop is doing a GREAT job! He helped pass tax reform which lowered taxes for EVERYONE! Nancy Pelosi is spending hundreds of thousands of dollars on his opponent because they both support a liberal agenda of higher taxes and wasteful spending! 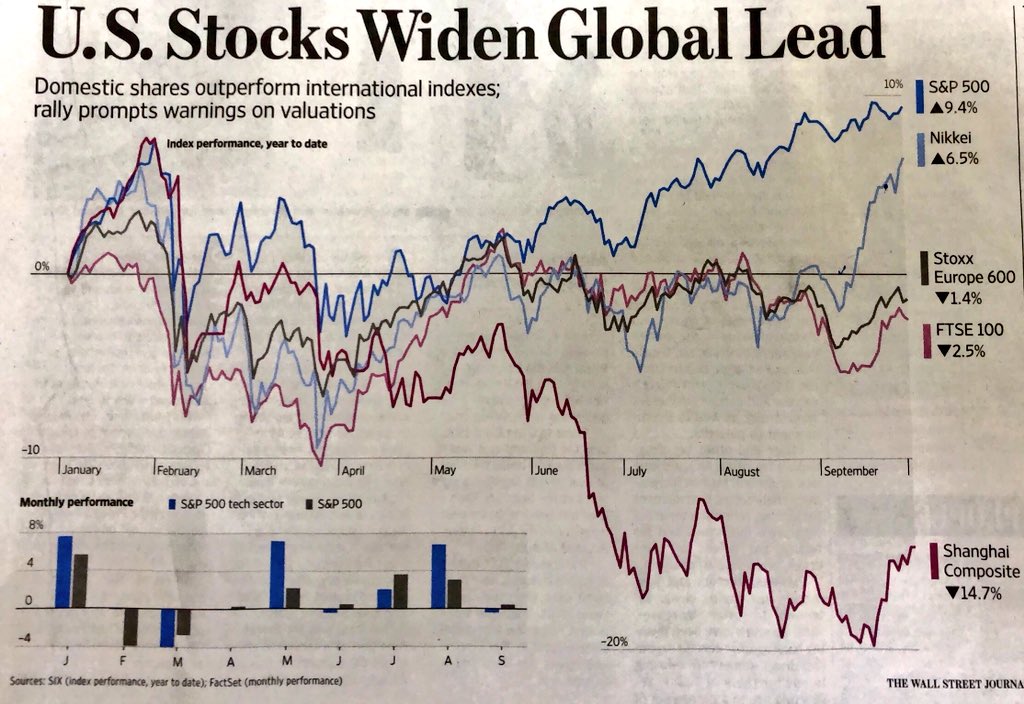 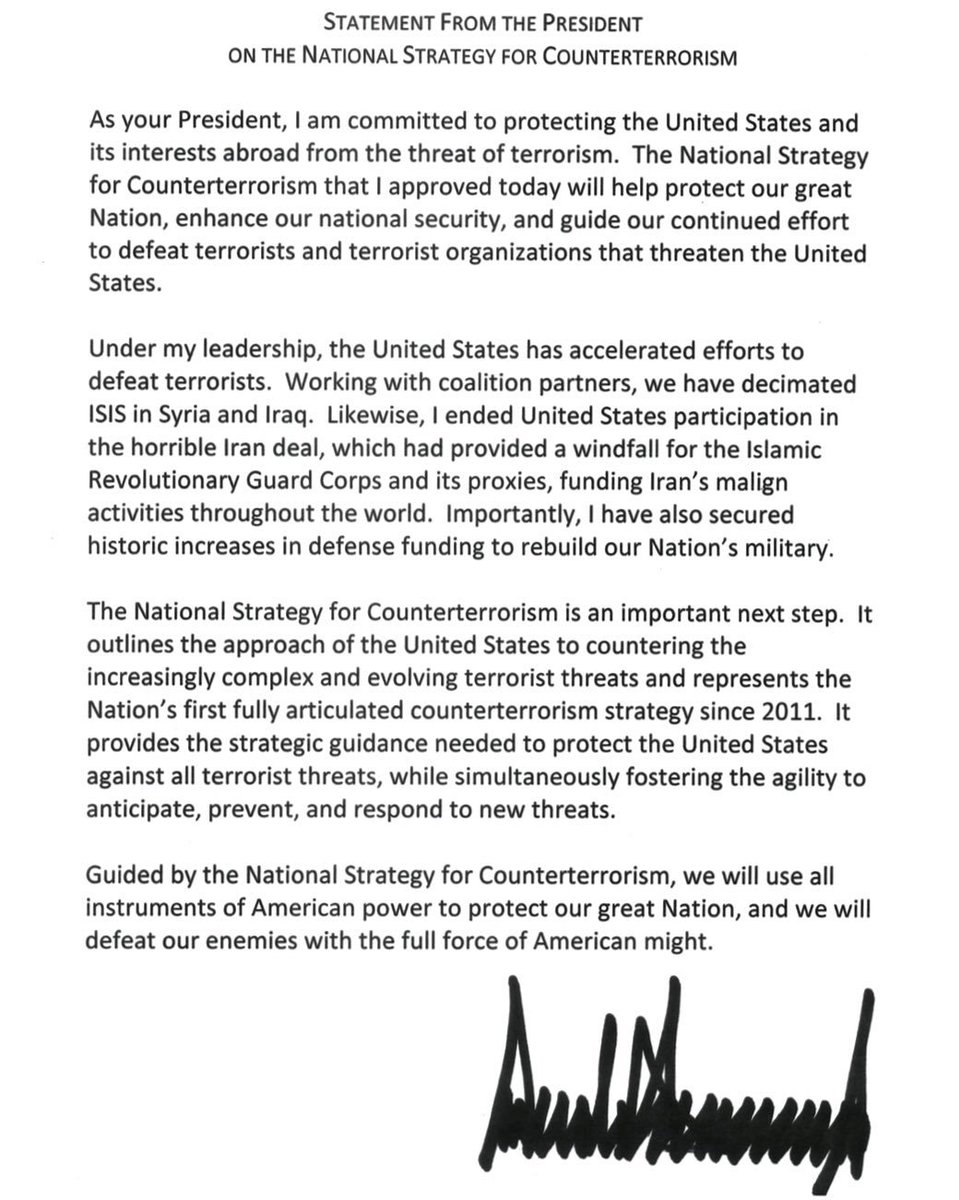 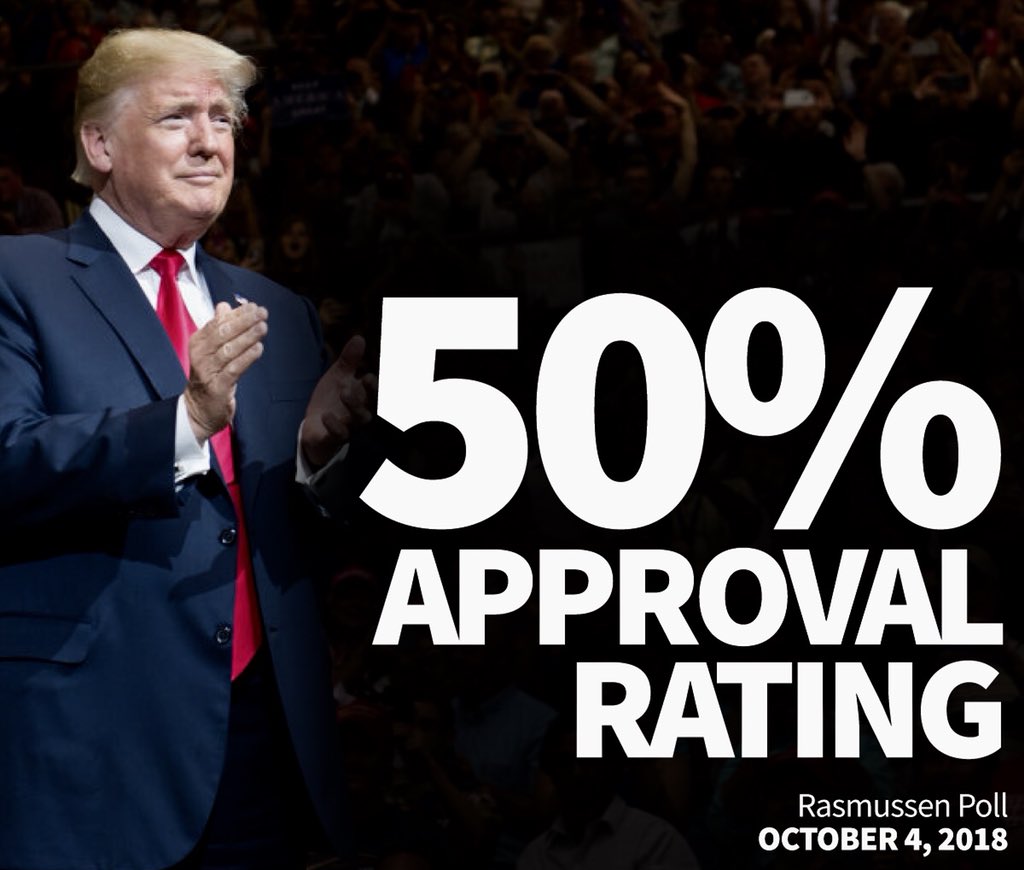 2…………> First Lady Melania Trump: Visit To Africa
This week, First Lady Melania Trump is on her first solo international trip, visiting the African nations of Ghana, Malawi, Kenya, and Egypt. Wrapping up her first stops in Accra and Cape Coast, Ghana, the First Lady took her “Be Best” message to the children of Malawi today. Lilongwe, Malawi, is known as the “warm heart of Africa.” This afternoon, Mrs. Trump was greeted at the airport by the First Lady of Malawi, Gertrude Mutharika—and her granddaughter, who handed Mrs. Trump a beautiful arrangement of flowers. During a ceremony at the Chipola Primary School in Lilongwe today, Mrs. Trump spoke on the importance of educating and empowering youth. The children’s willingness to learn was moving: More than 8,000 students attend Chipola Primary School. The facility has 22 classrooms, with an average class size of about 106 students per class. “The growth and success of a country start with educating our children,” the First Lady said. “The positivity and passion to learn were so evident in each classroom, and I appreciate the time everyone took to show me around the school.” The First Lady continued her journey this evening, arriving in Kenya for a two-day visit.
.
https://www.youtube.com/watch?v=tWNInZZKBMU
.
3…………> First Lady Africa Trip: A Photo Gallery
.
https://www.flickr.com/photos/whitehouse/sets/72157674098246138
.
.
4…………>End Of China Chemistry: Back To Basic Physics
.
In what was clearly as a primary policy address, Mr. Pence used President Trump’s speech at the United Nations to charge that China was trying to interfere in US elections.
“China wants a different American president,[weaponizing] its malign influence and interference. As we speak, Beijing is employing a whole-of-government approach, using political, economic and military tools, as well as propaganda to advance its influence and benefit its interests in the United States,” Mr. Pence said in a speech at the Hudson Institute think tank in Washington, adding the US will continue to expose Beijing’s sneaky tactics.
.
http://www.abc.net.au/news/2018-10-05/mike-pence-accuses-china-of-election-meddling/10341016

Stocks down 201 to 26627, DJ futures +34, attempt to stage a short covering rally continuing due to anti-tariff talks with China.

Gold up to 1202.60 and USD/CHF at 0.98 due to President Trump setting tariffs on Chinese products. Translation? As the dollar goes down, we have to wait and see if the new Fed Chair Jerome Powell will continue pressuring gold and the Eurasian block with it down below $1000/oz in an economic WW3. Watch sell stop at 26,550.  We have to wait and see if new Fed chair Powell will attempt to destroy Eurasian block by sending gold prices below 1000, despite the fact both Russia and China have been buying their whole gold production in local gold backed currency instead of money printing machines. In other words, US has lost controls of the precious metals complex, and with Trump’s infrastructure and tax cut campaign the National debt will soon be at, or over 30 trillion dollars, since D.C. swamp alligators have no intention dropping their pet projects. Read “Ziban Must Die” for more details on the coming collision of Trump’s administration with “Deep State” operators funded by the billionaires’ supporters of the New World Disorder.