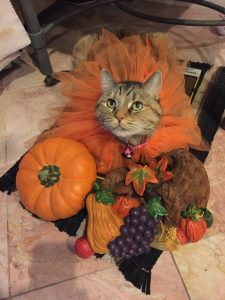 President Trump’s Thanksgiving message to Americans It’s that time of year again, as many Americans travel far and wide to be with loved ones over the Thanksgiving holiday, Gathering in places of worship and around family dinner tables, it is a time to give appreciation to all that we’ve been blessed with.

“On Thanksgiving Day, we recall the courageous and inspiring journey of the Pilgrims who, nearly four centuries ago, ventured across the vast ocean to flee religious persecution and establish a home in the New World,” President Donald J. Trump wrote in his 2018 Thanksgiving Proclamation.

Facing dangerous conditions and uncertainty, the more than 100 Pilgrims arrived at Plymouth, Massachusetts, and “instilled in our Nation a strong faith in God that continues to be a beacon of hope to all Americans.”

In recognition of their journey, President George Washington issued the first Thanksgiving Proclamation on November 26, 1789.

But it was under President Abraham Lincoln that the day became a truly national celebration on the final Thursday of November each year.

“We give thanks for the family, friends, neighbors and loved ones who enrich our lives, lift our spirits, and fill our days with joy. And we give thanks to God, who continues to shed his almighty grace upon this magnificent land that we all love so very much,” President Trump said yesterday from the Rose Garden.

“We are truly blessed to be Americans.”

3…………> Thanksgiving Celebration: Then And Now

A look at one of the most sacred of America’s traditions as our republic sailed through the sands of time.

“If we find that it gets to a level where we are going to lose control or where people are going to start getting hurt, we will close entry into the country for a period until we can get it under control,” President Trump said, speaking to reporters after a Thanksgiving phone call with members of the military.

“I mean the whole border. Mexico will not be able to sell their cars into the United States where they make so many cars at great benefit to them, not a great benefit to us, by the way,” he said, speaking from his Mar-a-Lago home on Thursday.

Trump also confirmed that he had given US troops the okay to use “lethal force” if necessary to deal with some of the “tremendously dangerous” people in the migrant caravan, despite that the border is “fortified” with fencing, walls and other measures to prevent the caravan from getting through.

“They’re not coming through. We’re not letting criminals into our country. You gotta come in legally; you have to come in through a process,” he said.

“We need workers, but they have to come in legally. We want them to come in, but they have to be people that want to work and want to do a great job for our country. They come in through a merit system,” he added, accusing the Democrats of wanting open borders.

The President warned that there could be another government shutdown in December if a bipartisan agreement on the border security issue was not found.

Mr.Trump also complained about a federal appeals court in California after it blocked a presidential order on asylum, calling the court “a big thorn in our side.”

“It’s a terrible thing when judges take over your protective services when they tell you how to protect your border. It’s a disgrace,” he said. “Large numbers of people and in many cases we have no idea who they are. In many cases, they’re not good people. They’re bad people. But large numbers of people are forming at our border,” the president said.

Deputy Head of the Russian General Staff’s Main Intelligence Directorate (GRU) Vice-Admiral Igor Kostyukov is the GRU’s acting head, a source in the Defense Ministry told TASS as the previous department chief, Igor Korobov, died on November 21, 2018, at the age of 62 after a grave illness.

His predecessor General Igor Sergun passed away after a heart attack at the age of the 58, with rumors circulating that the real reason for his death was an operation in Lebanon.

“First Deputy Head of the Russian General Staff’s Main Intelligence Department Igor Kostyukov has been appointed as the Department’s acting head, the first naval officer in the GRU’s history to take the helm of military intelligence,” according to the Russian Defense Ministry.

GRU, one of the most feared Soviet Union intelligence agencies was created after the October Revolution of 1917 by Red Army Commissar Leon Trotsky on orders by Vladimir Lenin.