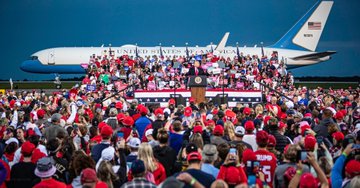 2…………> Somali Terrorist Removed From US: A Security Threat
.
CHICAGO — Officers with U.S. Immigration and Customs Enforcement (ICE) removed a Somali citizen, identified as Mahdi Mohammed Hashi, 31, a former member of al-Shabaab, who was convicted in 2016 in U.S. District Court of providing aid to a terror organization:

“ICE is committed to removing individuals who threaten not only public safety, but also national security,” said Senior Official Performing the Duties of Director Tony Pham.

“This case is a prime example of the work we do to protect the homeland and pursue individuals engaged in supporting terror organizations.”
“We are dedicated to our mission of removing individuals who threaten the safety of our communities,” said Thomas Feeley, interim field office director for ERO Chicago.

“This case illustrates that the U.S. will actively pursue those individuals engaged in supporting terror organizations. With the help of our federal and international partners, we continue to be vigilant against the threat to our communities.”

.
3…………> Statement by Acting Solicitor General Jeffrey B. Wall on the Passing of Justice Ruth Bader Ginsburg

“On behalf of the Office of the Solicitor General, we mourn the loss of Justice Ruth Bader Ginsburg. Justice Ginsburg was rightly renowned among people of all backgrounds, but she has a special significance to Supreme Court lawyers. She was herself a path-marking advocate before the Court in landmark equal-protection cases in the 1970s. And during her 40 years on the Supreme Court and D.C. Circuit, she was equally formidable from the other side of the lectern. She was an incisive questioner, a clear and careful writer, and a model of dignity and civility. In the process, Justice Ginsburg served as an inspiration to this office, the Supreme Court bar, and far beyond. I extend our deepest condolences to her family, her colleagues on the Court, her former law clerks, and all who knew and admired her.”

As the passing of Supreme Court Justice Ruth Bader Ginsburg rated as monumental, within just 45 days left until the US presidential election, Mr. Trump is ignoring the raging debate over whether Justice’s Ginsburg dying wish, that she “not be replaced until a new president is installed”, should be honored, and is pressing ahead, saying the vacancy will be filled by a woman:

“I think it should be a woman because I actually like women much more than men,” he said, as the choices have narrowed to Amy Coney Barrett, 48, is emerging as the frontrunner for the job, a devout Roman Catholic and mother of seven children, and Barbara Lagoa, 52, a seasoned judge from Florida, the first Hispanic woman and the first Cuban-American woman to serve on the Florida Supreme Court after spending a decade as a judge on an intermediate appeals court.

.
5…………>  The Siberian Landscape vs Climate Change

.
Scientists are warning that vast chunks of ground across Siberia, usually frozen all year round – are thawing – with potentially devastating consequences for the climate. As it thaws, the Earth is believed to be releasing huge amounts of greenhouse gases, accentuating the problem of global warming.

Despite vicious disagreements with his vision of the 21th-century world, people from both sides of the political spectrum paid homage to the man who came back from infamous “Hanoi Hilton” on crutches and spent the next forty years in the whirlwind of American politics. He rose to be one of the leaders of the globalist wing of the newly formed Unified Party USA, a contraption of the Council of Foreign Relations(CFR) that envisioned open borders and a relentless expansion backed-up by printing paper money.

Mr.McCain was considered by many on the conservative side to be the leader of the so-called “Deep State,” parallel US government that fought and is still fighting for the impeachment of the 45th President of the US Donald J. Trump.

The President was very gracious to send the tweet below:

My deepest sympathies and respect go out to the family of Senator John McCain. Our hearts and prayers are with you!

Despite that strong winds have died down, Hawaii’s officials warned citizens torrential rains are to remain a significant threat to the islands after once-powerful Hurricane Lane was downgraded to a tropical storm.

Though the storm has turned west, lessening the danger to the islands, federal authorities urged caution as residents started cleaning up. Big Island and Maui saw flooding and landslides last week as the approaching storm brought more than a 3 feet of rain in some areas, but no storm-related deaths were reported.

The former CIA director John Brenan accused President Trump of dividing America, issuing a veiled threat that this may lead to violence on the streets.

“I’m concerned that as he continues to play to his base, he’s further dividing us, and I’m concerned about whether this could spill over into the streets,” he said.

He also called on “people in the White House and the Cabinet and the Congress” to prevent the situation from further deteriorating and act “before there’s a real disaster.”

Trump revoked Brennan’s security clearance for what he described as “lying” and releasing “increasingly frenzied commentary.”