should fire their Fake Pollster. Never had a good Fox Poll! 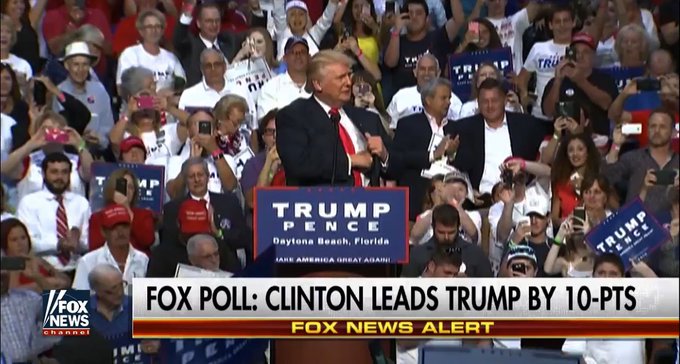 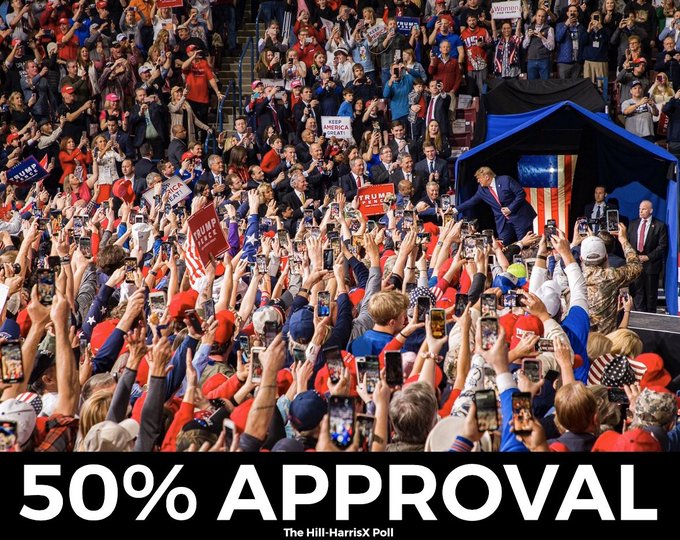 2…………….> EU’s Summer Travel Dreams: Rebound Or A Prelude To Yet Another Crash?

“It will not be a normal tourist season. It will be a tourist season in the shadow of the pandemic, ” as social distancing rules, rigid hygiene regulations, and restrictions for hotels and restaurants will be in place in holiday destinations, with the exact requirements will be agreed between the government and those of the respective destination countries in the coming weeks in bilateral agreements.

The statement was welcomed by tour operators and businesses in countries that are popular with German travelers, since many countries depend on the revenue from German tourists, like Italy,  Spain, even more dependent on tourism Croatia, where the industry accounts for 25% of the gross domestic product, with almost 20 million tourists visiting the country, spending about €12 billion. The number of coronavirus cases in the country is relatively low, currently estimated to be about400 diagnosed infections, and fewer than 100 people have died of COVID-19 so far.

While the final official death toll hasn’t been announced yet as the rescue operation is still underway, a spokesman for the government of the province of Sindh announced that at least three people survived the incident.

From the Iowa caucus mishap to his acquittal in the Senate, the US president will have enjoyed the headlines this week.

A new Gallup poll even showed him with a 49% approval rating, his personal best.

The United States reserved almost a third of the first 1 billion doses planned for AstraZeneca’s experimental COVID-19 vaccine, by placing $US1.2 billion on the poker table, as world powers scramble for medicines to get their economies back to work, with the deal estimated to be 400 million doses of its potential COVID-19 vaccine.

While not yet proven to be effective against the coronavirus, vaccines are seen by world leaders as the only real way to restart their stalled economies and even to get an edge over global competitors.

“This contract with AstraZeneca is a major milestone in Operation Warp Speed’s work toward a safe, effective, widely available vaccine by 2021,” US Health Secretary Alex Azar said.

George Sorbane Quotes: “When the lower half rules, the upper half suffers”.

Beautiful, thank you to our GREAT 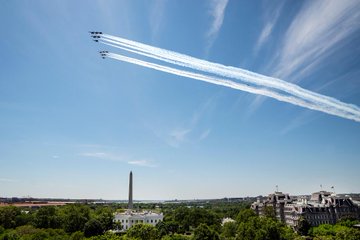 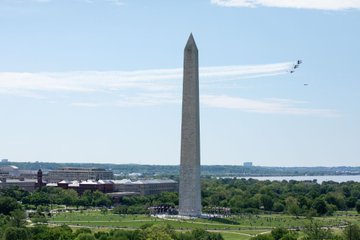 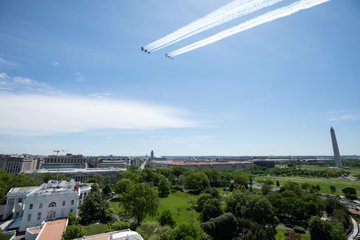 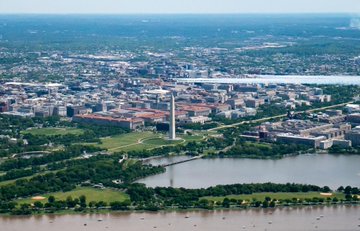 No reason to turn it down, except politics. We have plenty of testing. Maybe you need a new Doctor over there. Crazy Nancy will use it as an excuse not to show up to work!
Quote Tweet

Leader McConnell
@senatemajldr
· Mar 10
The time is now for all Americans to engage in basic common-sense measures, and for Americans at heightened risk to take additional precautions. The experts’ detailed recommendations for individuals, families, and employers are available online at http://Coronavirus.gov.

The Democrats are just, as always, looking for trouble. They do nothing constructive, even in times of crisis. They don’t want to blame their cash cow, China, for the plague. China is blaming Europe. Dr. Fauci will be testifying before the Senate very soon! #DONOTHINGDEMOCRATS
Quote Tweet 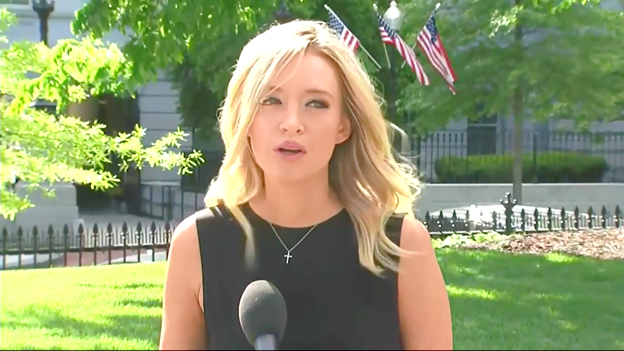 2…………> “Uncle” Warren: US Economy To Rebound From Pandemic

Mr. Warren Buffett, 89, one of the richest people in the world, spoke at the Berkshire Hathaway annual meeting in Omaha, Nebraska, which was held virtually for the first time, without shareholders, giving an upbeat assessment of the United States’ ability to withstand crises, even as he acknowledged that the corona-virus pandemic could have a wide range of impacts on the economy.

Mr. Buffett said the potential impact of the pandemic, which has already battered the global economy, had an extraordinarily wide, but expressed his usual optimism that the United States would weather it successfully, citing its emergence from crises such as World War II and the influenza pandemic a century ago:

“This is quite an experiment I remain convinced … that nothing can basically stop America”,  Mr.Buffett said, after Berkshire reported a record 7.47 billion first-quarter net loss, reflecting huge unrealized losses on common stock holdings such as Bank of America Corp and Apple during the market meltdown.

Brazilian President Jair Bolsonaro was criticized for responding so what to questions about deaths in his country, and Spain made face masks mandatory on public transport as it looks to ease restrictions.

3…………> Flyover In Washington DC: A Salute To Healthcare Workers

The U.S. Navy Blue Angels and U.S. Air Force Thunderbirds conducted a flyover on Saturday in Washington DC, Northern Virginia and Prince George’s County in Maryland in support of the frontline healthcare workers fighting the COVID-19 pandemic, a well prepared show, being  one of a series of flyovers the squadrons have been making around the country.

The 20-minute Washington DC flyover, which followed one in Baltimore of Maryland earlier in the day, started at 11:45 a.m. Eastern Time in Prince George’s County of Maryland. The planes then hovered around Montgomery County of Maryland and headed into Northern Virginia via Arlington.

After passing over Fairfax City, the planes looped back in Prince William County, and then flew toward the National Mall in the downtown DC area, where the flyover was brought to an end at around 12:05 pm:

“What we are doing is paying tribute to our front-line health care workers confronting COVID19, and it’s really a signal to all Americans to remain vigilant during the outbreak. Operation America Strong was the idea of our great military men and women – the Thunderbirds and the Blue Angels crews who wanted to show support to the American medical workers who, just like military members in a time of war, are fiercely running toward the fight”, President Trump said.

A B-1B Lancer assigned to the 28th Bomb Wing is taxied to its parking spot at Ellsworth Air Force Base, S.D., April 30, 2020. The B-1 returned to base after supporting a Bomber Task Force mission in the Indo-Pacific region. This operation demonstrated the Air Force’s dynamic force employment model in line with the National Defense Strategy’s objectives of strategic predictability and operational unpredictability. (U.S. Air Force photo by Tech. Sgt. Jette Carr)

George Sorbane Quotes: “Anything vertical will eventually be horizontal”

Media keep asking what the Trump Administration was doing in February to combat the coronavirus after restricting travel from China. There’s a helpful timeline for that! https://donaldjtrump.com/media/timeline-the-trump-administrations-decisive-actions-to-combat-the-coronavirus/… 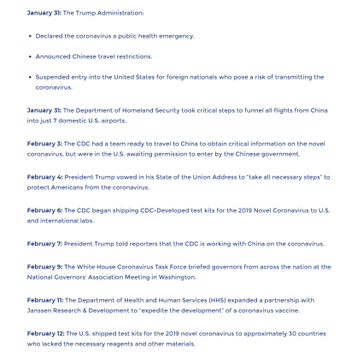 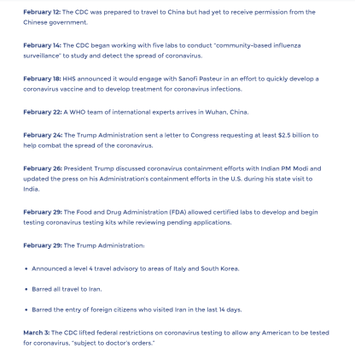 “The president of the United States calls the shots”, said Mr.Trump, claiming total power to lift the nationwide coronavirus lockdown, contradicting governors and constitutional scholars, as nine states on the US East and West coasts are planning to lift strict stay-at-home orders, according to their interpretation of the US Constitution saying states maintain public order and safety, and legal experts asserting to mean it is the responsibility of state governors to decide when the coronavirus-related restrictions get lifted.

The US has now recorded 682,619 coronavirus cases – four times higher than Spain, the next worst-hit country. America has also recorded 23,529 deaths from the pandemic, higher than Italy, which has the second-highest number of fatalities.

Mr. Trump told the daily White House coronavirus briefing on Monday that his administration was finalising a plan to reopen the US economy, which has been largely shut down to slow the spread of the coronavirus.

But when journalists queried whether he had the authority to override stay-at-home orders imposed on a state-by-state basis, Mr.Trump said that his administration was finalising a plan to reopen the US economy, which has been largely shut down to slow the spread of the coronavirus.

But when journalists queried whether he had the authority to over-ride stay-at-home orders imposed on a state-by-state basis, Mr Trump said:

“When somebody is the president of the United States, the authority is total. It’s total. The governors know that,that being said, we’re going to work with the state”.

China approved two COVID-19 inactivated vaccine candidates for clinical trials, according to the State Council joint prevention and control mechanism against the coronavirus, with the two vaccine candidates being developed by Wuhan Institute of Biological Products under the China National Pharmaceutical Group (Sinopharm) and Sinovac Research and development Co., Ltd, a company based in Beijing. Clinical trials of the two vaccines have started. (Xinhua/Zhang Yuwei).

While Asian-Pacific stocks opened positively on Tuesday, despite stocks in the United States have continued to suffer declines, falling one percent at the end of trading on Monday.