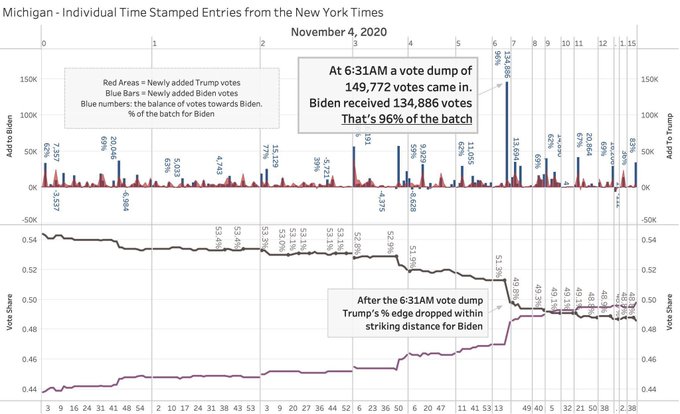 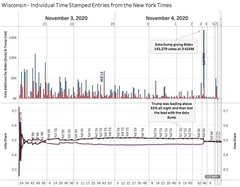 US House candidate, GA-14
House Republicans will STOP the fraud and abuse in American elections. The integrity of our elections must be protected!
This claim about election fraud is disputed
Quote Tweet 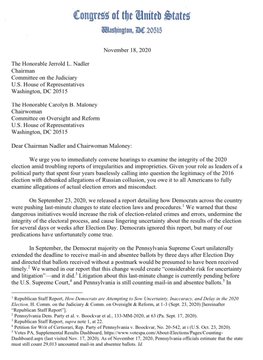 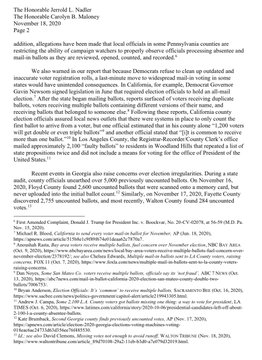 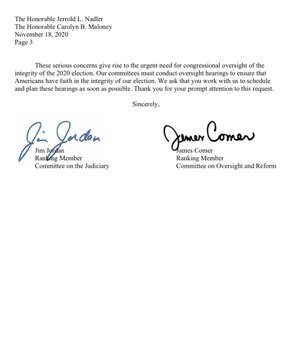 Rep. Jody Hice
@CongressmanHice
· Nov 18
As more votes are uncovered in Georgia, this race has continued to narrow. Americans want a fair vote with an honest count — it should not be a difficult ask. Georgia’s election officials owe us a legitimate election.
0:49
1.5M views
14K
19.6K
85.6K

A Chinese national and naturalized citizen of the United States, identified as Wei Sun, 49, was sentenced to 38 months in prison by District Court Judge Rosemary Marquez after previously pleading guilty to one felony count of violating the Arms Export Control Act (AECA) during his employment in Tucson for 10 years as an electrical engineer with Raytheon Missiles and Defense. Raytheon Missiles & Defense develops and produces missile systems for use by the United States military, and the defendant had access to information directly related to defense-related technology, with some of this defense technical information constituted what is defined as “defense articles,” controlled and prohibited from export without a license under the AECA and the International Traffic in Arms Regulations (the ITAR).
“Sun was a highly skilled engineer entrusted with sensitive missile technology that he knew he could not legally transfer to hostile hands,” said Assistant Attorney General John C. Demers.  “Nevertheless, he delivered that controlled technology to China.  Today’s sentence should stand as a warning to others who might be tempted similarly to put the nation’s security at risk.”
.
https://www.justice.gov/opa/pr/former-raytheon-engineer-sentenced-exporting-sensitive-military-related-technology-china
.
3…………> China, Russia, Iran and North Korea: Dangerous Cybersecurity Crowd?
.
China, Russia, Iran and North Korea pose the greatest cybersecurity threat to Canada(and by default to US), Communications Security Establishment (CSE) intelligence agency said in a report:
“We assess that almost certainly the state-sponsored programs of China, Russia, Iran and North Korea pose the greatest state-sponsored cyber threats to Canadian individuals and organizations,” the Canadian Centre for Cyber Security (Cyber Center) said.
The Cyber Center noted that while the number of actors is growing, China, Russia, Iran and North Korea present the most sophisticated threat to Canadian citizens and entities.
Russia has repeatedly refuted allegations that it engages in any malicious cyber activity aimed at foreign nations, saying that such activities go against the country’s foreign policy principles and practice.

.
4…………> Who’s President Game: Stand By For More?
.
Full two weeks since “Uncle” Joe, “Sleeping in a wrong century” Biden was elected the 46th president of the United States, President Trump is yet to concede defeat, with vote counting still underway, and the multiple legal challenges launched by the Trump campaign are further slowing the final tally, including claims of “massive improprieties and fraud”, “dead people voting” and voting machine “glitches”, with Mr. Trump firing Chris Krebs, Director of the Cybersecurity and Infrastructure Security Agency, which vouched for the reliability of the 2020 election.
Friday will mark the deadline for state certification and the scramble is on to recount votes in several states where Mr. Trump has alleged election fraud.
.
.
https://www.abc.net.au/news/2020-11-19/us-election-updates-vote-counting/12898750