The Department of Education is NOT closing hundreds of schools in rural areas of our Country. This is just more Fake News. We are investing greatly in our schools, and always will!

With approximately 100,000 CoronaVirus cases worldwide, and 3,280 deaths, the United States, because of quick action on closing our borders, has, as of now, only 129 cases (40 Americans brought in) and 11 deaths. We are working very hard to keep these numbers as low as possible!

Two men from Irving, Texas, identified as Juan Alfredo Crisencio Martinez, 20, and Jaythan Trevonne Phillips, 20, were charged for their role in forcibly assaulting a federal officer on February 20 at  the Juarez-Lincoln International Bridge in Laredo, when  a CBP officer began to conduct an immigration inspection and asked them to exit the vehicle, but  they refused.

The charges allege authorities swarmed the lane to apprehend the occupants,  at that time, Martinez allegedly reached for the officer’s belt from inside the vehicle. He also opened the driver’s side door in order to prevent a responding officer from assisting, according to the allegations, and law enforcement allegedly had to physically carry Phillips to the secondary inspection area.

Martinez continued to resist, according to the allegations. Law enforcement allegedly had to deploy a Taser in order to subdue him.

The charges allege the incident significantly impacted the port’s daily operation, because officers from passenger booths, secondary inspection and bus operations had to assist. Most of the travel lanes were closed until they could resolve the incident, according to the allegations. The bus traffic was allegedly backed up into the Mexico side of the bridge which caused stalls and ultimately delayed dozens of passengers.

A federal jury sitting in Charlotte, North Carolina, has convicted the founder and chairman of a multinational investment company and a company consultant of public corruption and bribery charges, for orchestrating a bribery scheme involving independent expenditure accounts and improper campaign contributions.

“Greg Lindberg and John Gray undermined public confidence in our government by promising millions of dollars in campaign contributions in exchange for government decisions to benefit Lindberg’s business interests,” said Assistant Attorney General Brian A. Benczkowski of the Justice Department’s Criminal Division.  “The department is grateful for the assistance of the law-abiding public officials who reported the attempted bribes in this case, which allowed us to use all the tools at our disposal to investigate and root out this pernicious and greedy effort to corrupt North Carolina state government.”

“The defendants devised an elaborate plan to make a hefty campaign contribution to an elected official to secure favorable action.  This was not a lapse in judgment.  It was a deliberate bribery attempt and a clear violation of federal law,” said U.S. Attorney Andrew Murray for the Western District of North Carolina.  “Public corruption is a threat to our way of life and if left unchecked it can tear apart the very fabric of our country. My office will continue to diligently ferret out public corruption schemes to protect the public and hold bad actors like these unscrupulous defendants accountable.”

“Greg Lindberg and John Gray plowed across the line from legal political donations to felonious bribery,” said Special Agent in Charge John Strong of the FBI’s Charlotte Field Office.  “These men thought they could buy changes to North Carolina Department of Insurance personnel, policies, and procedures to benefit Lindberg’s businesses.  The FBI will work tirelessly to root out any and all forms of public corruption.”

To repeat a quote from a recent blog, Bibi1581.com has postulated long ago the three distinct stages of senility due to old age:

The American people are facing two distinctive, and most unfavorable decisions in their Democratic Party choice for replacement of President Trump:

So dear friends, on the next election please choose wisely. 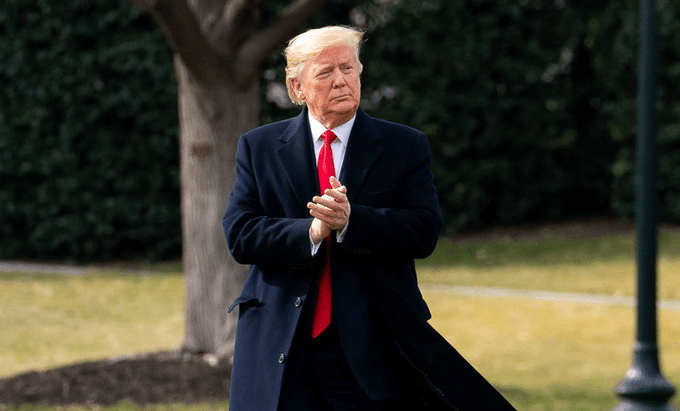